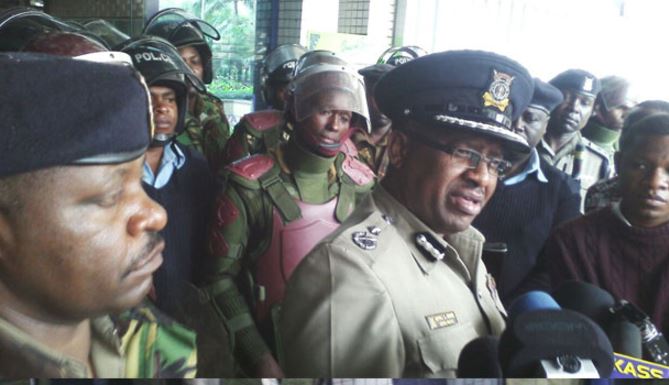 He said the reports, contained in videos, texts, photos and Facebook live posts, were fabricated to cause panic and incite the public.

The police boss said a manhunt has been launched for a banker suspected to have circulated the videos alleging the presence of Mungiki sect members dressed in police uniform.

“The only people who were on patrol at night were police and since we have heightened security in all estates in the city, we had very few incidents of crime. The city was actually very peaceful,” said Mr Koome during a press briefing yesterday.

Koome also dispelled claims that the military had been deployed to disperse demonstrators.

“I am in charge and I know who I am working with. The officers are well equipped and trained to handle the situation. We have not reached to the level of needing the military,” Mr Koome said.

He also noted that several people had been arrested and others were being sought in connection to the “false and alarming information”.

Also Read: Fake News Country: Did The Mungiki Conduct a Massacre in Mathare and Lucky Summer on Sunday Night?

Sonko Threatens to Sue Kidero if He Carries Out Further Activities at City Hall < Previous
Hilarious Meme Compilation (Wednesday August 16) Next >
Recommended stories you may like: