Fake News Country: Did The Mungiki Conduct a Massacre in Mathare and Lucky Summer on Sunday Night? 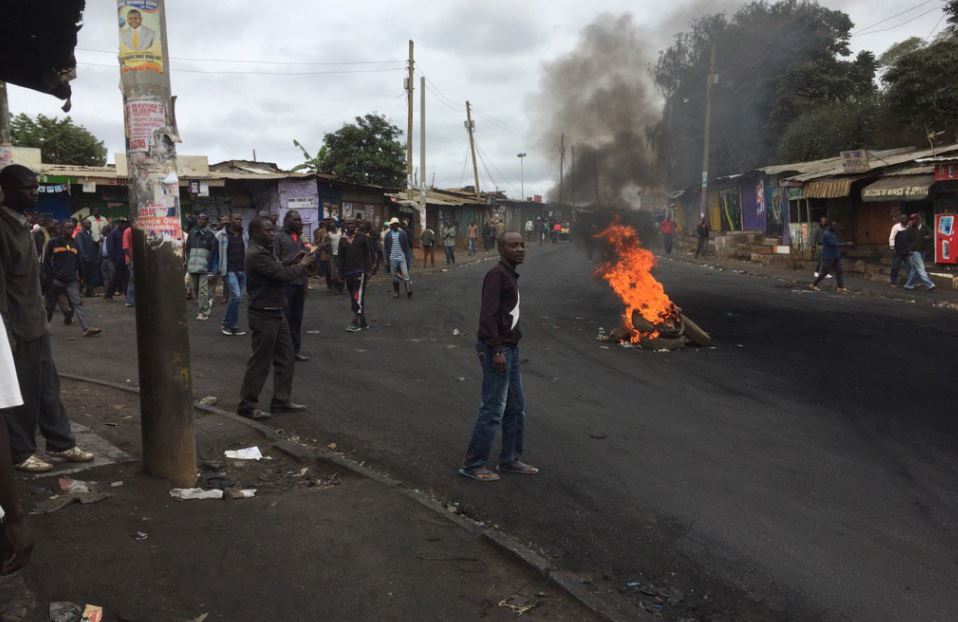 Did Mungiki conduct ethnic massacre in Mathare slum and Lucky Summer on Sunday?

If you ask many Kenyans on social media, they did and the mainstream media gave it a blackout.

If it was given a blackout, then how did they learn about it? They saw it on Facebook or Twitter or Whatsapp, and as we all know, the internet never lies.

Since the results were declared, we have seen a spike of fake news. Unlike the campaign period type of fake news, the ones we are seeing lately are taking the county in a very dangerous path. They are escalating ethnic tension especially in slum areas.

We know bad news travels faster than the truth. So when one person writes on Twitter that police are dragging Luos out of their houses, telling them to kneel down and then shooting them point blank, you can imagine the reaction that will follow.

And because most Kenyans are sheep, they will ‘forward as received’ making a bad situation worse.

Initially I thought this was just some low lives seeking cheap attention. But I’m now convinced there is money changing hands.

Because every time things look like they are calming down, more false news comes in. Is there someone who doesn’t want peace?

Nasa has claimed that police have killed over 100 people and carried their bodies away in body bags. The civil society has said that the number stands at 24.

The police say that they have killed only 6, and these they say are people who attacked their officers or were found committing crimes. Red Cross yesterday put the number of the dead at 17.

Out of all these, the only number that can be verified is the police and possibly the Red Cross number. Several foreign journalists covering the demos in Kisumu have visited morgues in the city and they have hardly found any election related corpses.

It is sad that police would use live bullets on demonstrators, but it is equally sad that Nasa leaders and bloggers are adding fuel to the fire by painting a false picture of ethnic massacre. All this leads to is more demos, reiteration and more deaths.

The most depressing thing I’ve seen is people who I thought were very intelligent taking an active role in spreading this fake news. Some are picking up old gory internet images to show how bad the situation is. Others are accusing the media of not covering the (non-existent) massacres.

On Sunday night, social media went on overdrive with reports that Mungiki was going door to door in several Nairobi slums killing members of one community. Some person even wrote how he saw with his own eyes as a family was slashed with pangas. Some videos were posted on Facebook, but all I could see was police chasing men blowing vuvuzelas down the slum streets, and some lit bonfires.

It was therefore surprising that on Monday morning, there was no evidence of a single death in Mathare or Lucky Summer. In any case, it was the police patrolling the slum streets the previous night, most probably to maintain law and order.

These fake news are not random. They are well thought and started by multiple social media accounts that are seemingly not connected simultaneously. It is highly likely that most of these social media accounts are operated from a ‘control room’ somewhere in a Nairobi suburb, with the intention of causing chaos and creating a certain perception.

I think its high time Kenyans agree that the elections are over. And we should not fight for them to lead.

Anyway, here are some of the Twitter personalities who are in the front line of spreading fake news. 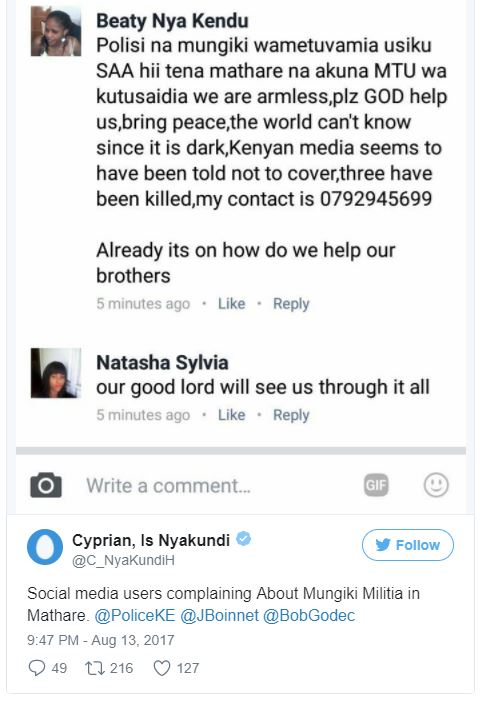 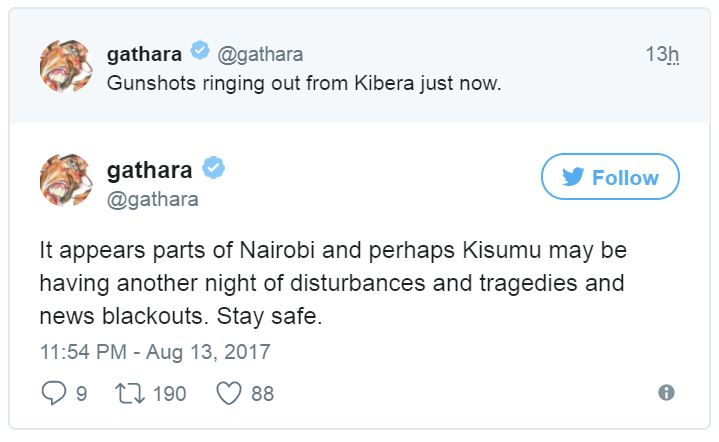 Well, at least the Kenya Red Cross is trying to counter the fake news. 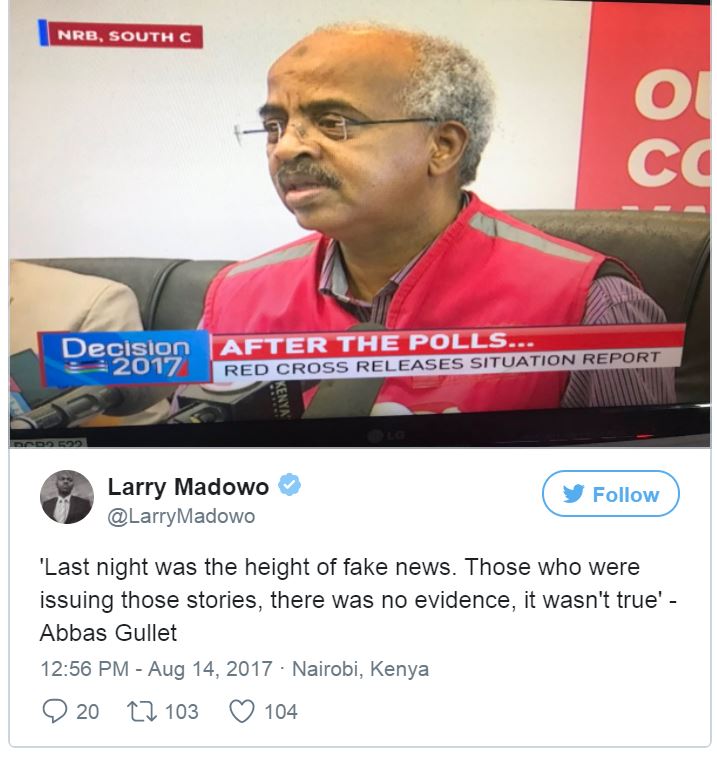 POLL: Should Raila and Nasa Be Given a Media Blackout? < Previous
How Alfred Sambu’s Son Died in 1993… A Sad Story About Raila Odinga Next >
Recommended stories you may like: