Full List: Here is When and Where Your New Governors will Be Sworn in 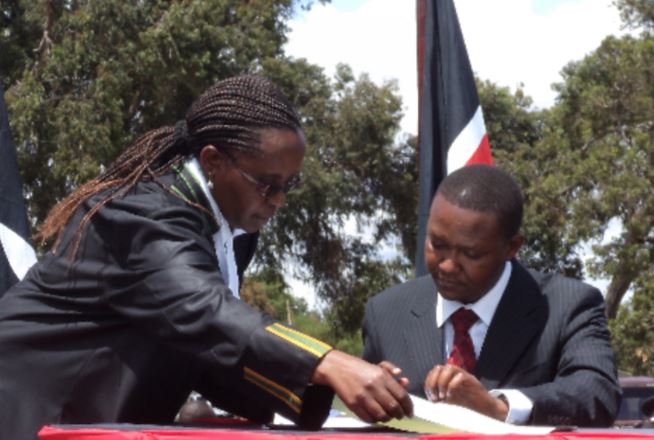 The swearing in ceremonies for newly elected governors will start from tomorrow(Thursday 17th) to 24th of August 2017 subject to gazettement.

Devolution CS Mwangi Kiunjuri said on Tuesday that the events have been organised by each county’s Assumption of the Office of Governor Committee.

47 Judges and Magistrates have already been appointed to preside over the swearing in ceremonies scheduled at each county.

“According to Gazette Notice No. 6409, governors shall be sworn in 10 days after the declaration of election results,” the CS said.

The new governors are required to be sworn in not earlier than 9 am and not later than 5 pm.

In Nairobi, governor elect Mike Sonko will be sworn into office by Justice David Majanja and Magistrate Paul Mulwa at the Uhuru Park grounds next Monday.

Mombasa governor-elect Hassan Joho will be sworn in by Justice Weldon Korir and Magistrate Evans Maker on Tuesday 22. The ceremony will be held at the Mama Ngina drive, Mombasa.

The new Nakuru County boss, Lee Kinyanjui, will be sworn in on Monday at the Afraha Stadium.The event will be presided over by Justice Justus Bwonwonga and Magistrate Godfrey Oduor.

Anyang’ Nyong’o, the new Kisumu governor, will be sworn in by Justice Dora Chepkwony and Magistrate Julius Ng’arng’ at the Jomo Kenyatta sports ground next Monday.

In Kilifi, Amason Kingi’s swearing in ceremony will be at Larisa Maitha gardens on Monday.

Mandera governor Ali Roba and Machakos Alfred Mutua will be the county bosses to be sworn in on August 17th, 2017.

Nandi governor Stephen Sang will be the last to be sworn in on August 24th.

Each governor will decide on the amount to be used during the swearing-in ceremony. 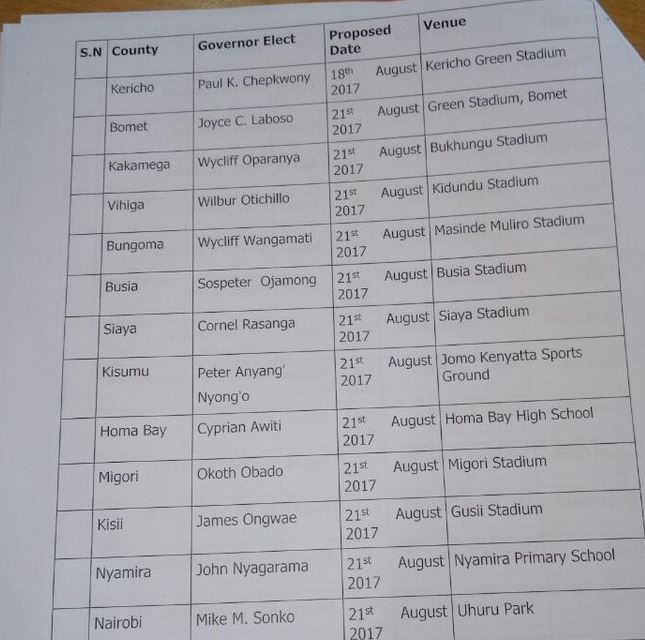 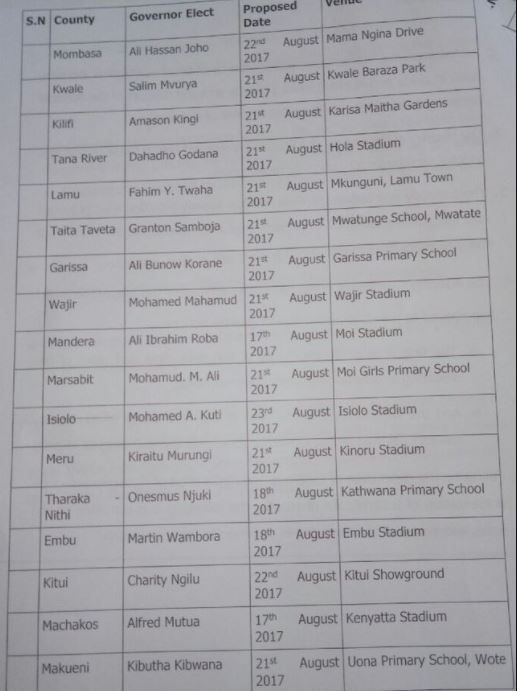 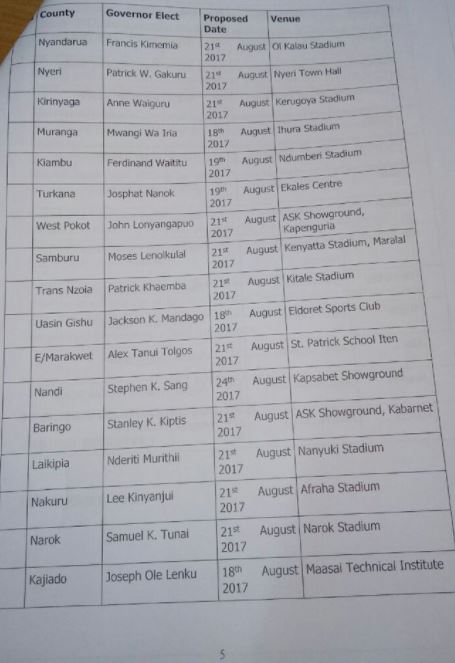 All The Trending Images on Twitter Today < Previous
GREAT NEWS: Sonko Embarks on Massive Operation To Clean Up Kidero’s Garbage and Filth Next >
Recommended stories you may like: