After Githeri Man, Meet Avocado..Father of 12 Who Just Won as an Independent in a Jubilee Zone 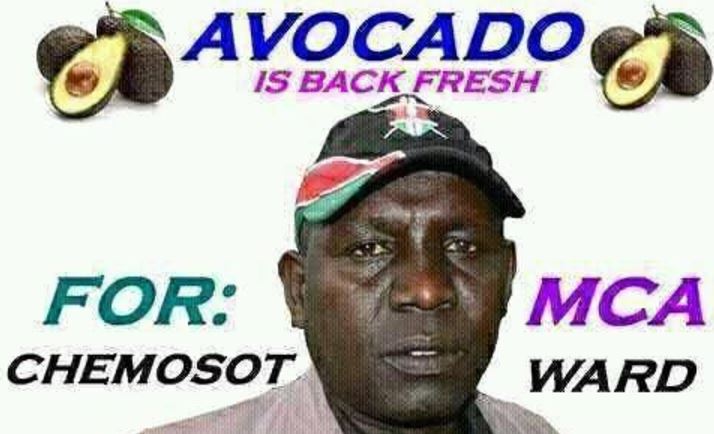 First there was Githeri Man and now we have a man called Avocado.

Soi, known for doing odd jobs, beat all odds as an independent candidate to snatch the seat from the incumbent, Philip Koskei(Jubilee), in a Jubilee Party zone.

As an activist, Soi is credited with pressuring the Bureti MP to set aside funds from the Constituency Development Fund (CDF) to buy an acre of land for the construction of Chesingoro Primary School.

Before the elections, he did odd jobs in the village, including being a casual labourer at Litein Tea Factory and a photographer.

Last week’s election was Soi’s second attempt at winning a political seat. In 2013, he took a gamble and sold half an acre of his land for Sh750, 000, which he used to campaign but lost in the elections.

He also lost in the Jubilee Party primaries but maintains that he was the rightful winner.

“I am thankful to Chemosot residents who believed in my leadership qualities. I must also say my win is a miracle from God.  “It was not lost on the residents that I had won the Jubilee Party primaries but it was unfortunate that I was denied the party ticket, leaving me with no option but to seek election as an independent candidate,” Soi told the Standard.

Soi, 45, is a father of twelve; nine boys and three girls. He is popularly known as “Avocado” because his compound is full of avocado trees. 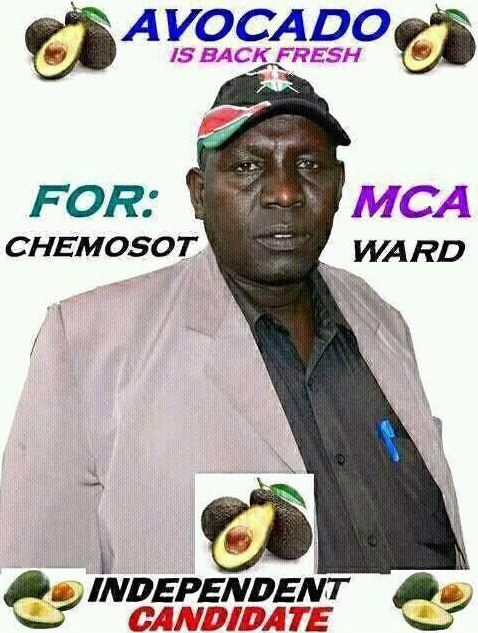 His nickname after the popular Kenyan staple fruit has caught the attention of internet users who are celebrating him as one of their own.

On behalf of all Avocado lovers in Kenya,we thank the people of Chemosot Ward in Kericho county for electing one of our own. pic.twitter.com/63M2ZAKZ6p

Fake News Country: Has Nakuru Based Hero Radio Station Shut Down? < Previous
Nyandarua Man Commits Suicide After Laikipia Governor’s Loss Next >
Recommended stories you may like: