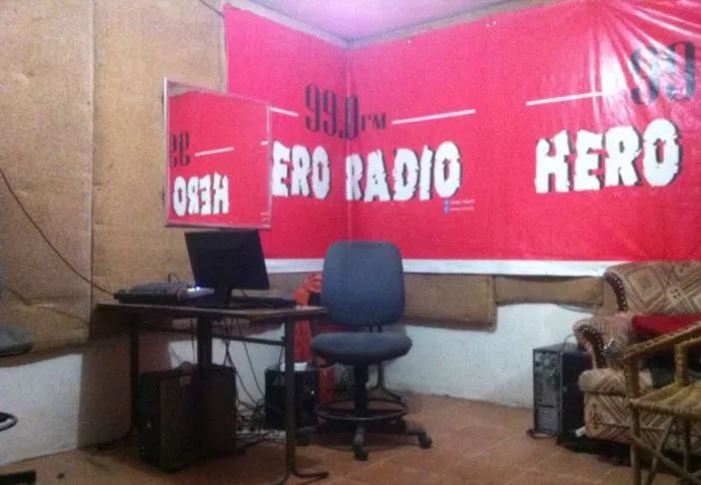 The controversial radio station, known for running sensational stories such the audio confession of a lady who allegedly sleeps with corpses for money, is simply rebranding.

It was reported by several outlets that the station was shutting down its operations after an internal memo announcing its closure surfaced online.

“In every journey, there must be stopovers. Unfortunately, Hero Radio has come to one. We have decided to break so many beautiful hearts who have worked tirelessly to ensure we remain afloat, but the tide has proven to be stronger than us.

We wish to announce that we are with immediate effect halting all your services as we shut down to strategise on our next move,” read the memo. 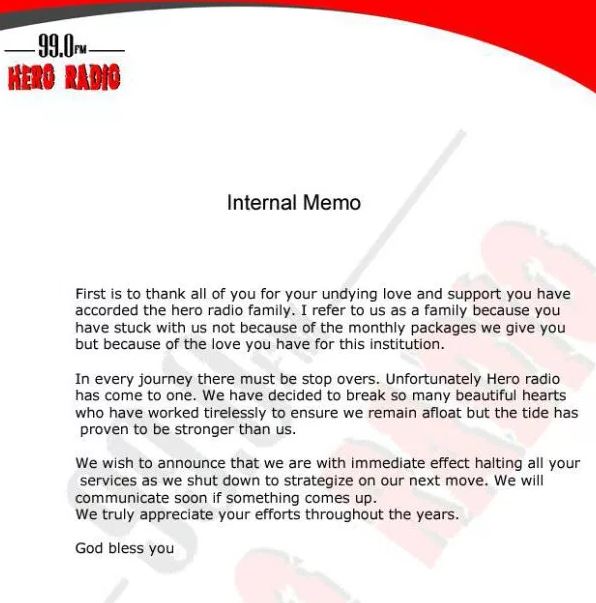 But according to the station’s Twitter handle, the memo is fake.

Several sources within the station have also denied the fake news and confirmed the rebranding.

The rebranding has seen the station upgrade its studio ahead of the relaunch on September 1st.

This is the new look. Its like a party zone #HeroRadioRebrands pic.twitter.com/4k7fHMmmJg

Only in kenya where shifting to New studios means “Shutting” down #HeroRadioRebrands pic.twitter.com/1MUOTf6XM0

OMG! Woman, 27, Poisons her Two Sons Aged Five and Two in Nyahururu < Previous
After Githeri Man, Meet Avocado..Father of 12 Who Just Won as an Independent in a Jubilee Zone Next >
Recommended stories you may like: