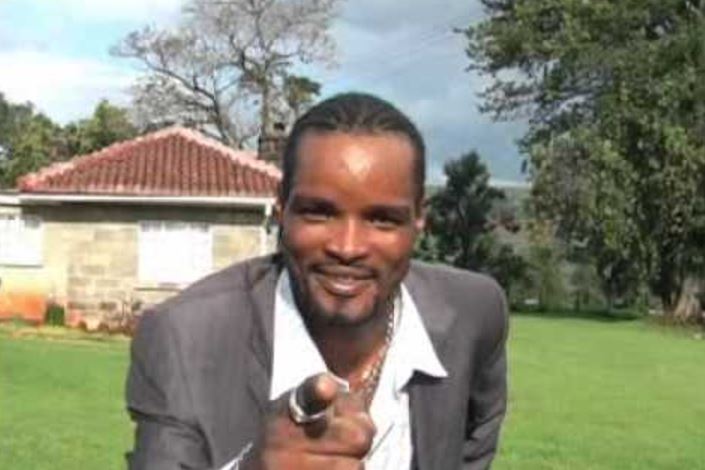 The musician produced a song in praise of President Uhuru Kenyatta together with little-known musician Tede ja Kenya. He told the Nation that he relocated to Tanzania following threats to his life.

“People called me, threatening that they will kill me for insulting Raila Odinga in the song,” said Mr Sifa.

In the song, Atomy and Tede “advise” members of the Luo community to stop paying allegiance to Odinga and support President Kenyatta’s re-election.

Speaking to the Nation on Saturday, Sifa denied composing the song. He said he was passing next to where Tede was producing the video and he was asked to join because of his popularity.

“I never knew what the song was all about. I was invited to be part of the video but later realised it was disparaging Mr Odinga,” said Mr Sifa.

He added that he has been composing songs for Mr Odinga and there is no way he would compose another one disparaging him.

“You know that I have composed more than four songs for Mr Odinga and I cannot compose a song calling him names,” claimed Mr Sifa. 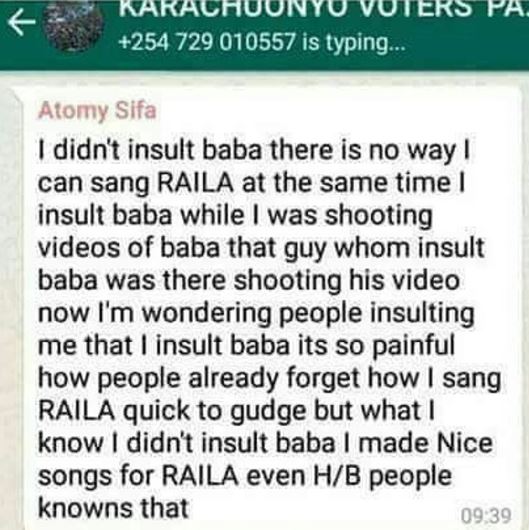 “Why We Quit Show in Solidarity” – Vioja Mahakamani Veterans < Previous
Diamond Defends Zari Against Allegations of Moving on Too Fast from Losses Next >
Recommended stories you may like: