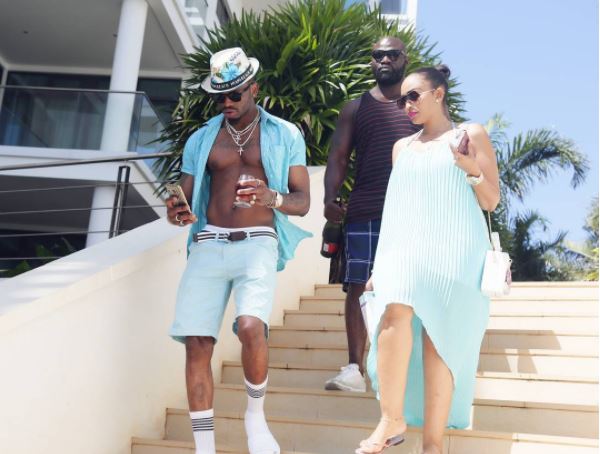 Tanzania superstar Diamond Platnumz has jumped to the defence of his partner Zari Hassan after she was criticised for moving on fast after the loss of her mother and former husband.

Zari Hassan, whose mother Halima Hassan, died on July 20, has lost two loved ones in a span of three weeks.

During this time, Zari has been active on her popular social media pages and has been bashed for appearing ‘happy’ despite the losses.

One online user posted: “It’s barely two weeks since Zari Hassan lost her mother. She lost her ex-husband on May 25, 2017.  However, she is acting all happy on social media. Who moves on from a mother’s death that fast?”

According to Islamic practice, which her mother was inclined toward, a mourning period should last 40 days, after which, the bereaved can resume their normal lifestyle.

Diamond Platnumz, however, says those criticising Zari are imposing an unwarranted tradition on her.

Taking to Instagram, the hitmaker posted a photo of the couple on vacation in Mombasa, and said that Zari deserves to be pampered for the trying times she has faced.

Benga Musician Claims his Life in Danger for Praising Uhuru in New Song, Flees Kenya < Previous
Activist Behind ‘Baba While You were Away’ Slogan in ODM Member of Assembly Nomination List Next >
Recommended stories you may like: