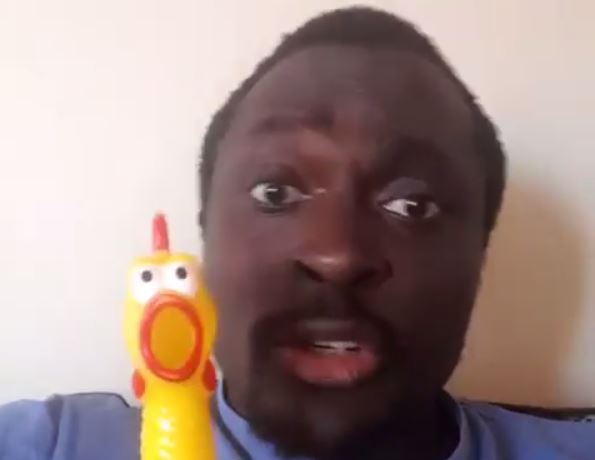 Allow us to show you a side of Collins Injera you never knew existed.

The Kenyan rugby player currently holds the second place for the number of tries scored in the World Rugby Sevens Series. In addition to his success on the rugby pitch, the 30-Year-Old winger is also a proud father, husband, farmer and food lover.

Occasionally, he is quite the comedian on social media as we have come to learn.

Injera sustained a cruciate ligament tear in a league match in March and was ruled out of the remaining two legs of the World Sevens series. As a result, he has been spending his time recovering and entertaining his followers on Instagram with his favorite chicken toy.

Injera has been posting hilarious clips of his moments with the chicken toy he has aptly named Clucky.

In some of the clips, Injera and Clucky, sing nursery rhymes which have been cracking up his followers.

Watch the clips below:

Episode 2 of Clucky and Paps…. #CluckyandPaps

Willy Paul Lands Deal to Produce Campaign Song for Kilifi Governor Amason Kingi < Previous
Why Tanzania Has Blacklisted Kenyatta University, JKUAT from Enrolling Students Next >
Recommended stories you may like: