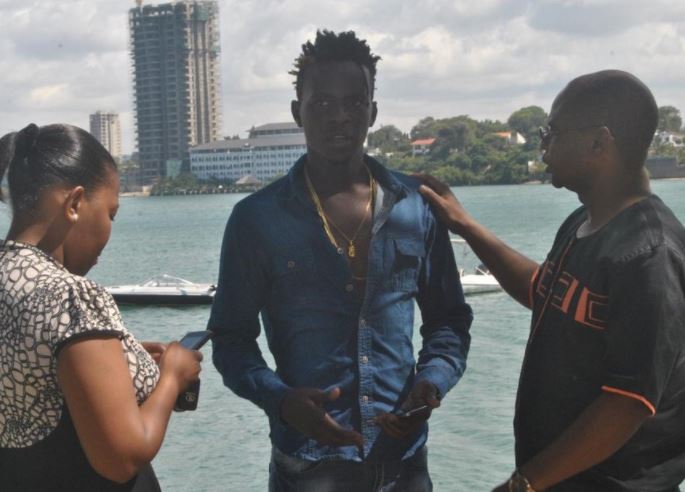 Willy Paul has landed a deal to create a campaign hit for Kilifi Governor Amason Kingi.

According to reports reaching our news desk, the controversial gospel singer landed the gig while on a working holiday at the coast.

Word Is reports that Willy Paul met Kingi after an interview with journalists from Mombasa.

“I want you to produce a nice campaign song like the one you did for Joho,’’ Kingi reportedly told Willy Paul.

The incumbent governor later called his director of communication Margaret Mapenzi Chivila to finalize the details.

Wily Paul told Kingi he would be in Mombasa for three weeks and assured the governor that the song would be perfect.

Amason Kingi is seeking re-election for the gubernatorial seat and has already snapped up the services of Kilifi artists to produce songs for his campaign trail.

The Hottest Stories on the Internet Today (Thursday July 27) < Previous
Madness!! Watch Collins Injera and His Favorite Chicken Toy Sing Nursery Rhymes Next >
Recommended stories you may like: