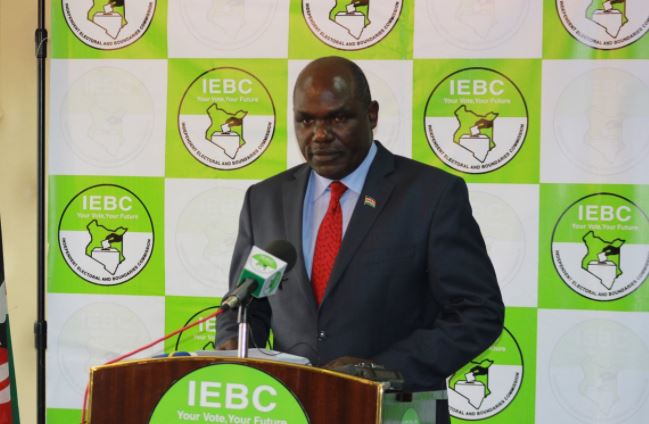 Rarieda Parliamentary candidate Augustine Netto has been disqualified from the August 8 polls by IEBC.

The electoral commission had on June 22 ordered Mr Netto to pay a Sh250,00 fine and remove all posters and campaign materials bearing ODM colours and images of ODM leader Raila Odinga within 48 hours,

The case against Mr Netto was lodged by Erick Onyango who argued that Netto should not be allowed to use ODM colours and symbols as an independent candidate.

IEBC chair Wafula Chebukati said Netto “failed, neglected and ignored to obey any of the orders”.

“The commission has enforced the decision of the committee of June 22, 2017 and hereby directs that Augustine Netto Adhola is disqualified from contesting in the upcoming General elections 2017,” Mr Chebukati said in a statement.

He said the commission will continue to strictly enforce the electoral code of conduct across the country.