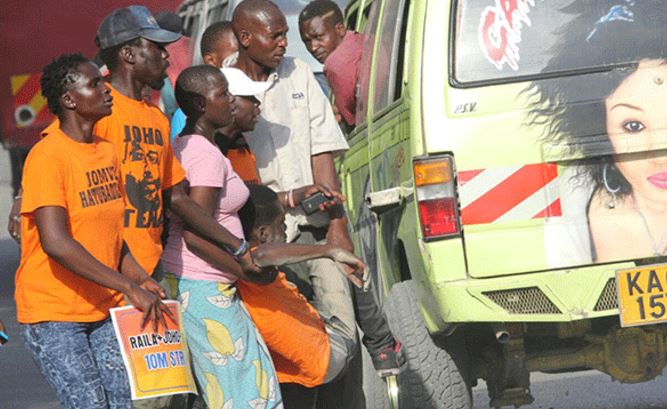 The man who was clad in an ODM t-shirt was among Joho’s supporters who had come out for the ‘Sultan’s’ door-to-door campaign.

The incident which occurred at the Bangladesh bridge prompted Joho to halt his vote hunt.

“We cannot proceed. I am told one of our supporters has been hit by a car. Let us go and see if he is seriously injured and help him,” Joho said.

The man was rushed to a nearby hospital by his fellow supporters.

The incident happened after Joho addressed residents of the Bangladesh slums, urging them to elect Raila Odinga in the upcoming polls.

Joho said he was confident he would be re-elected for a second term as he seeks to defend the seat against Wiper’s Omar Hassan and Hezron Awiti of Vibrant Democratic Party.