‘My Granny Said I Would Be Imprisoned But She Promised to Later Save Me.’ Convict Claims 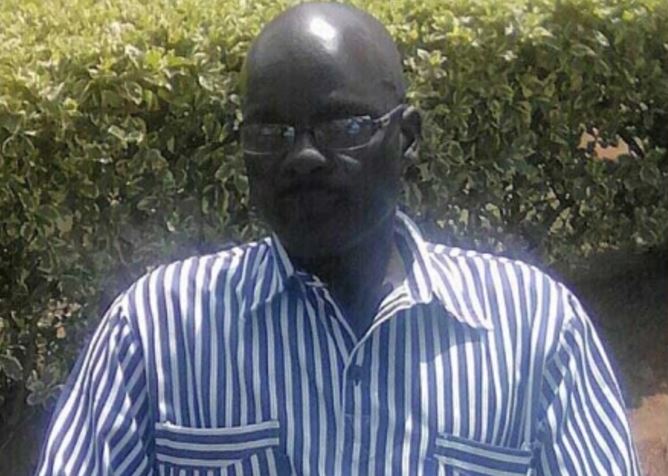 A convicted felon turned musician Simon Tioko Lokwacheria has opened up about life behind bars.

About 18 years ago, Lokwacheria was sentenced to life for robbery with violence.

He told NaiNotepad that his grandmother had predicted he would be imprisoned.

What makes you think you are cursed?

Our family was very popular in the village because of one very fertile she-goat. Both my mother and brother died of snake bites, I believe because of a family fight involving inheritance of goats.

After my mother’s death, my grandmother raised me and we became very close, which didn’t go down well with the rest of my family.

She wanted me to inherit the well-known she-goat but promised me that it would not come easy. In 1986, she said I would be sentenced to death, but would later be freed with plenty of blessings.

Is this why you are behind bars?

Yes, and I’m happy that my life is much better in jail because I’m a new person who is educated and can read and write.

My grandmother gave me her final blessings before she passed. She gave me the responsibility of leading the family.

She said I would be imprisoned, but promised to later save me and bring me many blessings.

In 2005, I got a premonition and vowed to stay strong and be patient until the curse period elapses; even if it takes 100 years.

How did you find yourself in jail?

I was a youthful 24-year-old man and a gardener at a farm in Laikipia County. I fell in love with a girl from my village, whom I would frequently visit at her home in Sosian.

My blossoming love life was rudely interrupted by the theft of a car from a nearby ranch. My life turned into a living hell overnight.

I remember that day I was to meet my girlfriend in the evening, so after work, I went to her house in Lower Subukia, but her mother had sent her to her uncle’s place.

I was dying to see her, so I decided to follow her even though I was not familiar with the surroundings.

When I arrived at the bus station, I was stranded because I didn’t know which vehicle to board. People were staring at me, maybe because I was a stranger.

After a meal at a nearby restaurant, I went back to the bus stage and a group of people approached and asked me to identify myself.

I couldn’t express myself clearly because I only spoke Turkana. I told them that I was looking for a bus to Katundia to see my girlfriend; only to find myself at the police station for robbery with violence.

I was really tortured at the station. I remember one of the officers asking me if I knew a Maina Kibucha and I said yes because he owned the ranch adjacent to ours.

They informed me that his car had been stolen the previous night and I that I was the mastermind behind the theft.

I was later taken to court and charged with robbery with violence, even though the owner of the car testified that he didn’t see me when the crime was committed. Still, however, I was found guilty and sentenced to death.

How did your family react to this?

It was a tough moment and everyone was in tears. Everything happened so fast and I was deeply hurt to see my father and sisters in tears.

I was hopeless and devastated. My family has been very supportive and they are the source of my hope

How long have you been in jail?

I have spent 18 years in prison and have achieved a lot. I came here illiterate; the only language I knew was Turkana, but today, I have a diploma in theology and I am also a driver and a mechanic.

The irony is that I was accused of stealing a car when all my life, I had never touched nor drove one. Herding cattle and pruning is all I knew but today, I can drive.

Maybe these are the blessings my grandmother talked about. The curse has inspired me to write my first song, Alakara, which means ‘joy’ in Turkana.

Did your girlfriend visit you in prison?

I only saw her last December after 17 years when she came to visit after seeing me in the media at the launch of my album.

She told me she was married and that her mother passed on shortly after I was jailed. I wished her all the best.

Why do most prisoners become musicians in jail?

Our situation draws us closer to God and we spend most of your time in prison reading the Bible. Stories from the Bible inspire us into spiritual growth.

Inmates cry a lot and sometimes talk to themselves, but it’s through their cries that lyrics are developed and music becomes our only solace.

Again, the prison reforms programme has helped in getting us sponsors who facilitate our recordings and videos. The rest we leave to God.

Mother of Six and Five Year-Old Son Die After Getting Lost in Forest < Previous
OMG! Naivasha Man Commits Suicide After Losing His Job Next >
Recommended stories you may like: