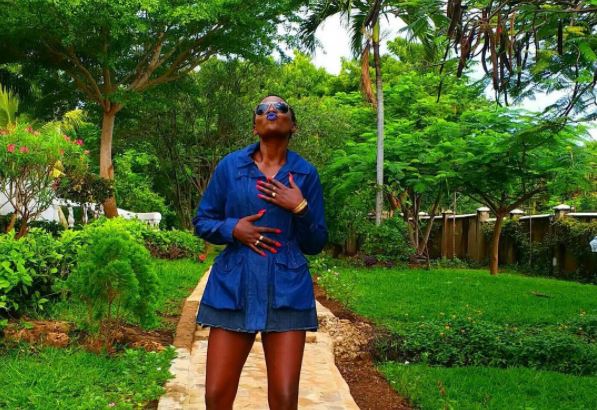 Well, nothing much happened. Only that Akothee appeared absolutely star struck and humbled.

The popular songbird met Tarrus Riley recently at the Intercontinental Dallas, Texas, when Akothee was in the States for the 17th Annual Dallas Memorial Reunion.

Taking to the gram to share a clip of her encounter with the renowned Jamaican singer, Akothee wrote: “we out & about here in Dalla with the one & only @tarrusriley  watch this space.”

Her caption, especially the last three words, got her fans excited at the prospect of the two working together on a jam.

It is, however, difficult to imagine that ever happening but as they say, nothing is impossible. We can only wait for now.

Watch the encounter below:

Kenya’s Prettiest Cop Now a Video Vixen? Watch her Strut her Stuff (VIDEO) < Previous
Another Savage: This Guy was Asked for Rent by his Landlord, his Reply was Genius Next >
Recommended stories you may like: