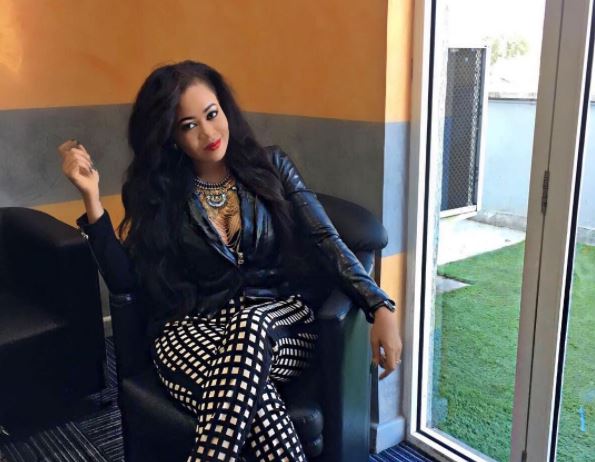 Vera Sidika has hit back at her social media attackers who have accused the socialite of being a bad friend to her BFF Zari Hassan following the death of her ex-husband Ivan Ssemwanga.

According to Vera, she has been receiving a lot of stick from a section of her fans for conspicuously missing during her friend’s trying moments.

Defending her absence during the late Ivan’s funeral, Vera explained that she could not get through to Zari despite efforts of using her close friends.

“Just coz I’m not in pictures with Zari at the funeral service and all doesn’t mean I am not in communication with her. Only God knows how deeply concerned I have been the entire time ever since the late Ivan was admitted until the point he met his death.

I have made effort to reach out to my friend Zari, no luck. I tried through her other close friends, no luck either. Kindly guys stop accusing me for (sic) being a bad friend,” wrote Vera.

In another snap chat post, Vera says, “I’m not wicked. Might not be there physically but I am emotionally.” 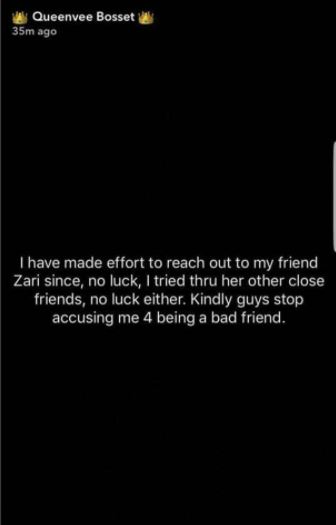 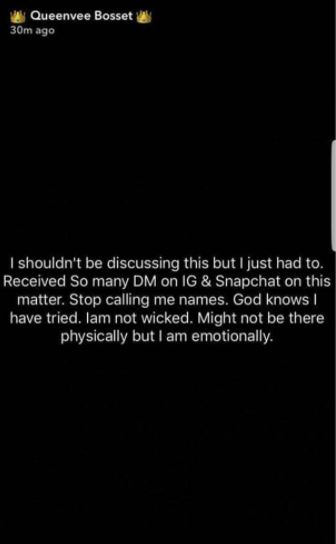 However, Vera’s explanation seemed to fall on deaf ears as the attacks continued, prompting the skin lightening socialite to get into her element and hit back. 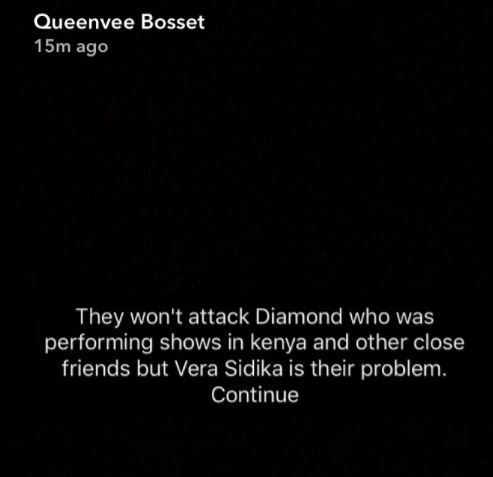 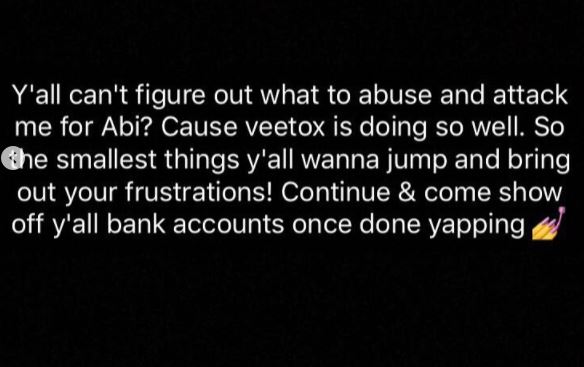 Vera’s rant only made things worse as her ‘haters’ called out her out for being an attention seeker and using Zari to promote her product.

queenalic: lol…if her bank accounts so big and she’s bragging daily surely her decor at veetox launch was lacking ..i have never seen any so called millionaire bring their furniture to a launch lol…that fake gold painted tray trolley lol…and those plastic ribbons on her tables.. notes don’t make a sound but coins jingle..and I hate women who claim to be independent and claim they don’t need a man when all they been doing is f*cking and saving ?

anitabb627: #someonetellvera that this was not about her, is not about her and will never be about her. Infact no one was even thinking about her until she tried to force herself into it. We are still wondering why zari and her sons don’t look sad enough for people who lost a close family member and if ivan is indeed dead or getting a plastic surgery….even her behind is not big enough to take our focus from the big (funeral) pictures. (Lots of puns intended)

muteti_fridah: “Exactly why is justifying herself so much is it a must she tells people of how much she is a good friend abi…she should have taken flight m gone to the burial the program was all over otherwise her addressing this issue just makes her look desperate for people’s validation and yeah more publicity on her tea??”

phoinaq: “Heheheh someone tell zee that vee is using her name to sell chai, chaaaiii!”

traceyreen: “Hii ndio Miguna huita socialite Bimbo. I didn’t know Vera is this thick. At such a time Zari is going through tough times and this is what she has to say. A bright woman would have kept quiet hata kama hakushow up. Seemingly, she was waiting for a funeral invite. Why is she making everything about her?? I was such a fan but now I have seen a side of her that changes my attitude towards her. Anyway what do I expect from a bimbo. Cc @queenveebosset”

nyar_kigali: “This plastic woman just wants to sell her poisonous tea.. What a strategy??I pity women who are consuming this her shit in the name of slimming … When the side effects set in you will learn the hard way never to buy any consumables from a woman who is 90% plastic..”

susanna_abdulla: “If the funeral was in Nigeria hangengoja invitation.. Angekuwa front line.. To her everything revolves around money”

nandakow: Who has attacked this girl coz I haven’t seen anyone do that.I believe Zari has real life friends,like those at her baby shower,hawa wa social media jamani mnatumaliza”

lolimamyy: “Nyi acheni Vera baana if Vera would have gone she would steal the show you know Vera is a slay queen Zari didnt want that she wanted all attention iwe kwake surely if u wanted attention u cant invite the likes of Vera they will out do you in every department lol thats why she ignored Vera coz Vera angeleta compe, na labda angeponyoka na rich gang na nimeenda.”