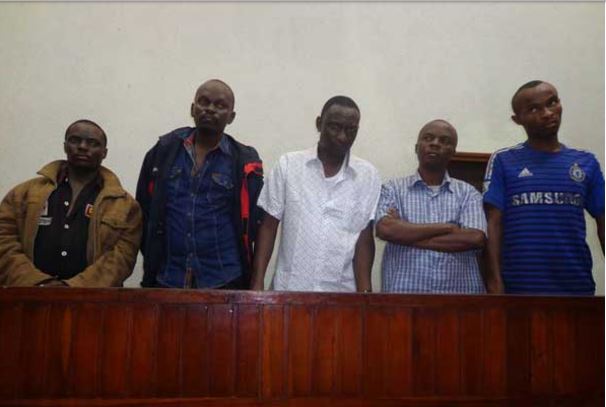 Two more suspects have been charged with destruction of the Standard Gauge Railway.

The two were charged with economic sabotage, destruction of infrastracture and engaging in organised crime.

This brings to 13 the number of suspects arrested in connection with vandalism of the new railway line.

Senior prosecuting counsel Eric Masila told the court that in the event the two are granted bond, the court should consider giving each one of them Sh 3 million cash bail or a surety bond of Sh 6 million, similar to one granted to the other 11 suspects who were released on Monday.

The Magistrate directed that the case be mentioned on June 14, 2017 to make a ruling on whether to release the two suspects on bond or not.

On Monday, 11 suspects who faced similar charges were released on a Sh 3 million cash bail each with a surety of Sh6 million each.

They denied that on May 26 at Kavinduni in Mavumbo location, they wilfully and unlawfully damaged the SGR line.

Eric Omondi is NUTS! Watch What He Did at Bruce Lee’s Gravesite with Comedian YY < Previous
Dream Come True!! Chipukeezy Meets Comedy Idol Kevin Hart and Breaks the Internet Next >
Recommended stories you may like: