Eric Omondi is NUTS! Watch What He Did at Bruce Lee’s Gravesite with Comedian YY 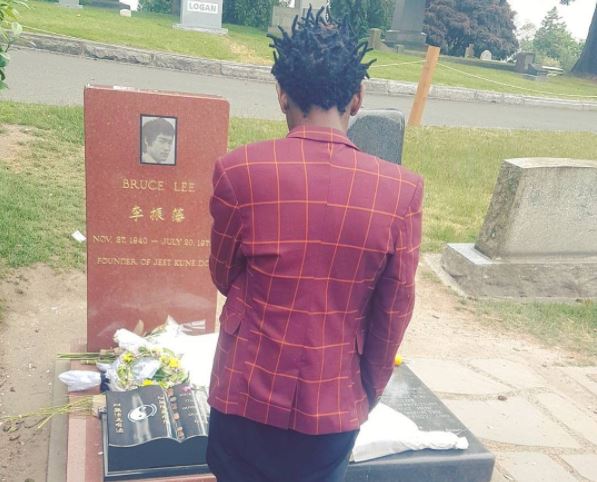 As far as comedy goes, Kenya’s top funny man Eric Omondi has gained a reputation for always pushing the envelope. Most people will agree that it is what sets him apart from the rest and has propelled his comedy career to great heights such as The Tonight Show Starring Jimmy Fallon’.

With each passing day, the former Churchill Show comedian stuns his 1 million followers on Instagram with something out of the ordinary.

A few days ago, while on his tour of the United States, Eric Omondi visited the Brandon and Bruce Lee’s Gravesite in Seattle, Washington and did something that might have made the late martial arts legend turn in his grave.

Together with fellow comedian YY the comedian, the two paid a special tribute to Bruce Lee and his son Brandon by showing off their kungfu moves.

According to Eric, he placed a special request to be allowed to do it at the Seattle landmark as part of an upcoming project on ‘How to Do a Kungfu Movie.’

What to Watch for When Picking a Real Estate Agent in Nairobi < Previous
Two More Suspected SGR Vandals Charged with Economic Sabotage Next >
Recommended stories you may like: