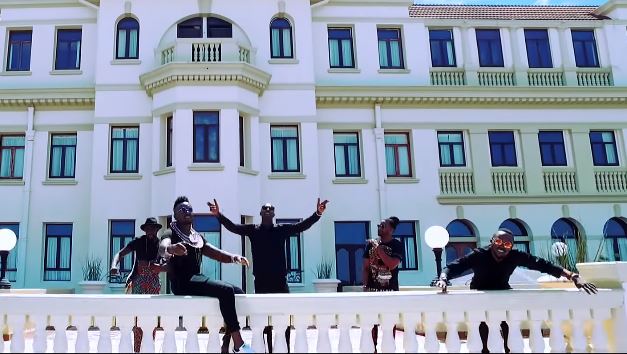 High flying Afropop boy band Sauti Sol have unleashed a new hit as they continue to spread their wings all across Africa.

C4 Pedro, which means Cry For People, is an Angolan kizomba musician and has three albums to his name.

He has featured Sauti Sol in this bonafide love song dubbed ‘Love Again’, with a romantic allure to it expressed in both Portuguese and Swahili.

While a really sweet and melodious tune, the video for ‘Love Again’ steals the show.

It has been directed by Mozambique’s DJ marcell and it is absolutely stunning and worth your time.

Nigeria’s Iyanya Confirms Upcoming Collabo with Khaligraph Jones < Previous
Why Huddah Monroe Doesn’t Want to Get Married, Especially to a Nigerian Man Next >
Recommended stories you may like: