Diamond Platnumz: Joho Called me to Urge me not to End Relationship with Zari 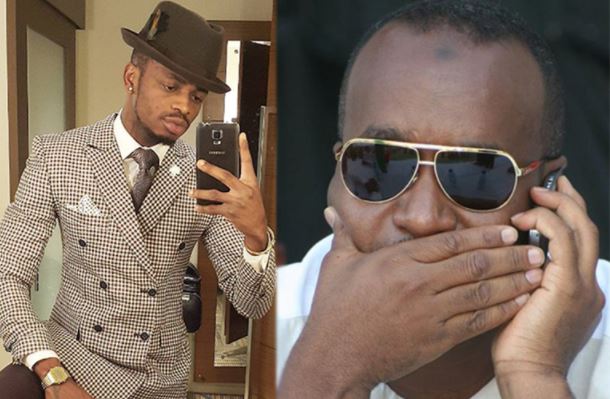 Bongo Flava superstar Diamond Platnumz has revealed that several people, including Mombasa Governor Ali Joho, reached out to him urging him not to end his relationship with Zari Hassan when the couple’s relationship was rocked with cheating rumors early this month.

The Ugandan businesswoman was alleged to be cheating on Diamond after a suggestive photo was posted online. The photo showed Zari Hassan seemingly being touched inappropriately in a pool spa by her brother-in-law.

According to Diamond, he was initially hurt by the pic and took to Instagram to vent about it.

This is what he said as quoted by eDaily.

“I am human just like any other person, and some things when done trigger pain and bitterness in me. Of all the intimate relationships I had, the one I share with Zari Hassan has seen me invest a lot of resources and emotions into it. I came across that picture on social media. At that time, I did not understand what was going on. When I scrutinized it well, I thought it had been a product of photo editing.

“I phoned Zari Hassan the following day to inquire about the photo. She told me that the man in the photo was her brother-in-law and that the angle in which the photo was taken, showed that he was touching her inappropriately, while that was not the case. I panicked. I thought she was only giving an alibi. I asked why she hadn’t posted it on her social media accounts if that was the case.

“I told her: ‘Zari, you wanted showbiz relevance? You wanted the whole world to see that? Okay, let me post it on my social media page for everyone to see!’ And I went ahead to post the picture and captioned it the way I did. Zari Hassan at the time was at her office, she saw my post and excused herself from work. She called me and explained that the man was with his wife alongside her (Zari) in the pool spa. She even shared with me other photos. After tabling such compelling evidence, I deleted my post.

“But, honestly, I had panicked. I work so hard, commit so hard, and it would sadden me to see such kind of suggestive photos with my partner form subject of social media ridicule. I felt bad about what I had written though.

“Following that drama, I received phone calls from different people; including Peter Okoye of P-Square duo, who advised me for nearly 10 minutes. He told me: ‘Diamond Platnumz, I have a wife and regardless the reason for fall out, I would not do such a thing. It is not good. Women too make mistakes since they are humans.’ Different people from Tanzania phoned me, even (Mombasa Governor) Ali Joho called to urge me not to end the relationship.”