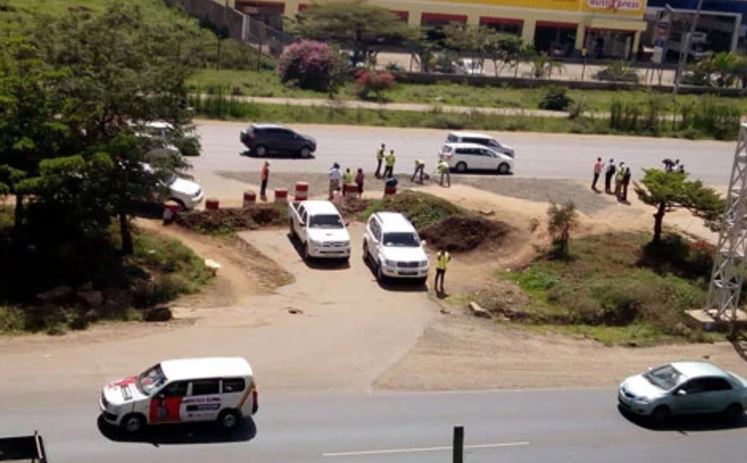 The Nairobi County government has finally repaired a pothole on Mombasa Road that has caused a number of accidents over the last one year.

The repairs were done on Wednesday following Nairobi senator Mike Sonko’s one-hour ultimatum to have the pothole fixed. 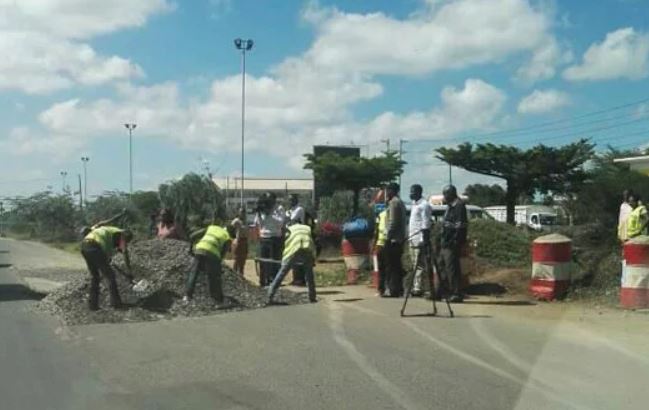 The senator had posted a video on social media giving governor Kidero one hour to dispatch a maintenance team failure to which he would do it himself.

“I’m humbly appealing to my brother and friend Governor Dr. Evan Kidero to immedietely within the next 1hr send his Road maintainence team to fix the deadly pothole failure of which I shall have no alternative than to send my Sonko Rescue Team to repair the same ndio aniseme napenda kumpiga vita kila saa. We have lost so many lives because of this said pothole,” said Sonko.

Hours later, Sonko acknowledged the governor’s actions, writing: “The deadly pothole at Vision plaza on Mombasa road has finally been fixed. My special thanks go to my friend Governor Dr. Evans Kidero and KENHA Director General MR. MUDINIA for sending their combined teams to fix the said pothole on time.”

Over the past year, a CCTV camera on Visions Plaza has recorded more than its fair share of road accidents, three of which we have published before.

Bahati and Diana Marua Flee the Country Amid Baby Mama Controversy (PHOTOS) < Previous
Hilarious Meme Compilation (Thursday May 25) Next >
Recommended stories you may like: