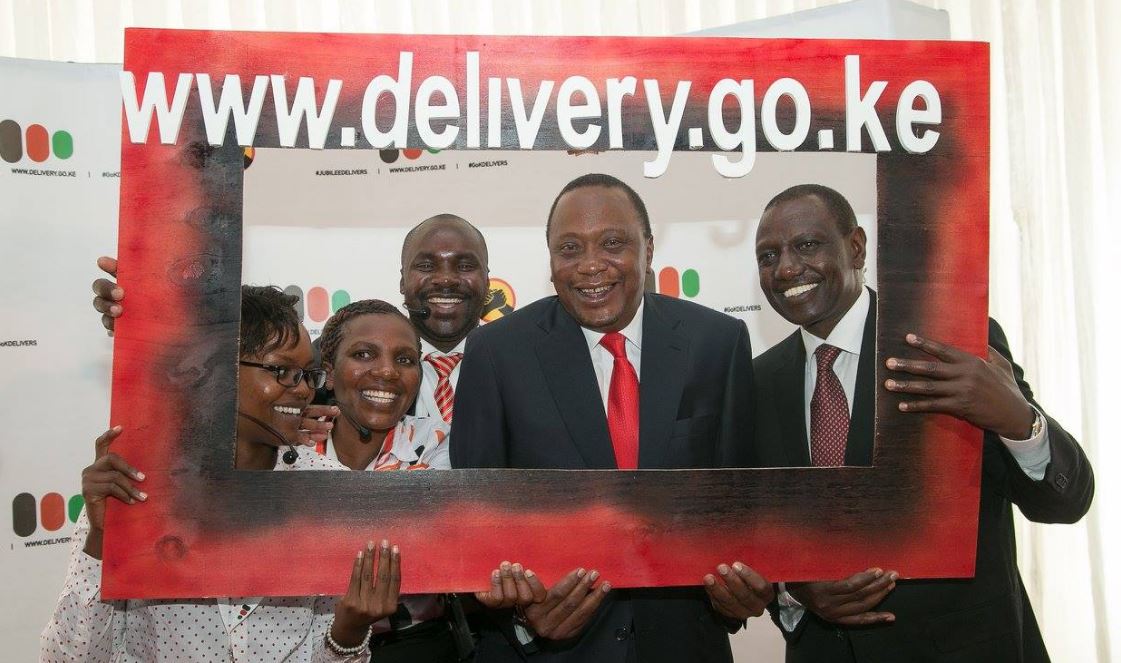 While launching the Delivery.go.ke portal, Larry Madowo asked President Uhuru to explain why the price of unga has gone up from Sh60 when they took power, to Sh150 currently.
And then it hit me.. Jubilee has lost the propaganda war.
Larry does not strike me as someone who is easily baited by clickbaits. But this one got him.

I can’t put a date on it, but it must have been a long time since the price of unga was Sh60 per 2kg bag.
In 2011, there was a huge uproar after the price of maize flour averaged between Sh130 and Sh150. According to this July 2012 report by Nation, a A two-kilo packet today was selling for between Sh116 and Sh130.

Yet this is the time the opposition has made us believe price was Sh60.

Actually, if we are to factcheck the opposition, it was during Jubilee’s years, between 2013 and 2015 that the price of maize flour went down to under Sh100 per 2-kg. It was retailing at Sh87 in January 2015, according to this report by Standard.

The government is blaming the current drought for the hike in price, but perhaps it’s more of bad timing. Kenyans will remember the last few months, not the last few years.

There’s also the issue of laptops for kids. This matter came up again last week after NTV ran a feature showing school kids in Kilifi sitting on stones instead of desks. Many Kenyans wondered what between laptops and schools desks should be a priority.
A few days later, the president tried to turn the blame on Kilifi governor and local MPs for not doing anything for schools despite billions allocated to them, but his voice was not loud enough.

Jubilee PR once again failed to capitalize on this one. Listening to Uhuru answer Larry Madowo’s question on the same, it was clear he had a point, but Itumbi and his guys probably didn’t see it.

I happen to be of the opinion that individual laptops or tablets are not necessary and instead the government should have gone with computer labs.
However, I cannot fathom the PR disaster that would have followed if they failed to fulfill this promise. The same people castigating Jubilee for prioritizing laptops would now be telling us how Uhuru failed to deliver one of his most important promises.
Laptops promise in 2013 was just as pronounced as Kibaki’s 2002 promise of free primary education. It would have been political suicide to abandon that pledge.

Another popular piece of propaganda in recent days has been the cost of Thika road.
This tweet by an opposition-aligned blogger puts the cost at Sh20 billion, and as you can see, it has gotten quite some traction.

The reality is that Thika Road cost over Sh30 billion.

Sometimes Jubilee have themselves to blame for the continuing propaganda. For instance, there have been claims that different people in government have been giving different figures when it comes to electricity connections and kilometres of roads constructed. This has particularly been fodder for ODM in-house ‘economist’ David Ndii.
Here’s a recent exchange he had with Deputy Chief of Staff Nzioka Waita. 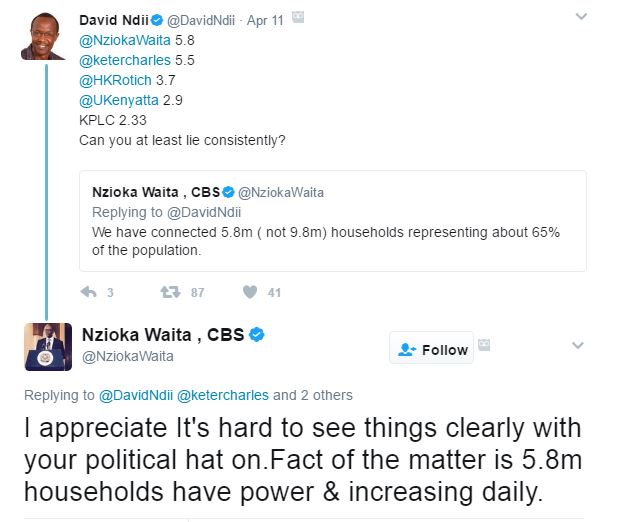 While it’s true there are instances of conflicting figures, David Ndii also deliberately mixes up total household connections since independence, the connections attributed to Jubilee and the dates when the specified individuals gave thouse figures.
But of course the loser here is the government.

Still on electricity, some Kenyans (mostly opposition) have been complaining that Jubilee is connecting ‘grass thatched’ houses to the grid. This becomes a ‘damned if you do, damned if you don’t’ moment for Jubilee. Should they not connect mud and grass house as they connect the rest of the country?
I’ll not pretend to be an economist, but in my thinking, the government is not meant to directly lift you from poverty, but rather to empower you so you can do it for yourself. Electricity is just the first step, and those who use it well might just make enough to build better houses.
I’m not naive to expect opposition supporters to commend the government, but Jubilee has failed in hammering the point home.

Another huge propaganda knock-out given to the government by the opposition is on the SGR.
Pictures like this one comparing the SGR locomotives with Ethiopian ones have been doing rounds since last year. 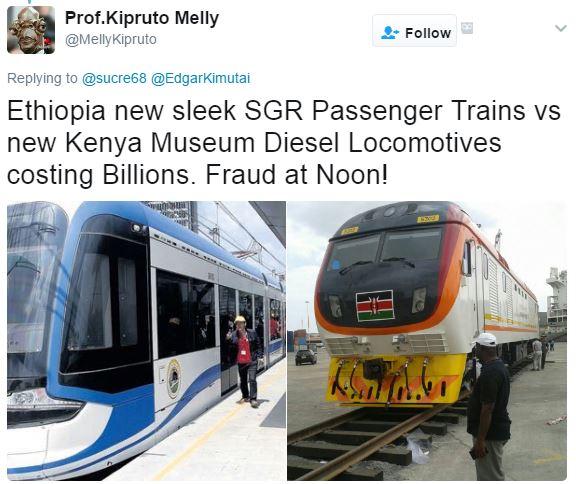 But there’s one problem, the sleek-looking Ethiopian locomotives are not SGR locomotives. Those belong to the totally different Addis Ababa light rail service. Most of those sharing these are aware of the facts, but they won’t show you the Ethiopian SGR locomotives, because despite them being electric, they are not good looking enough for maximum visual impact. 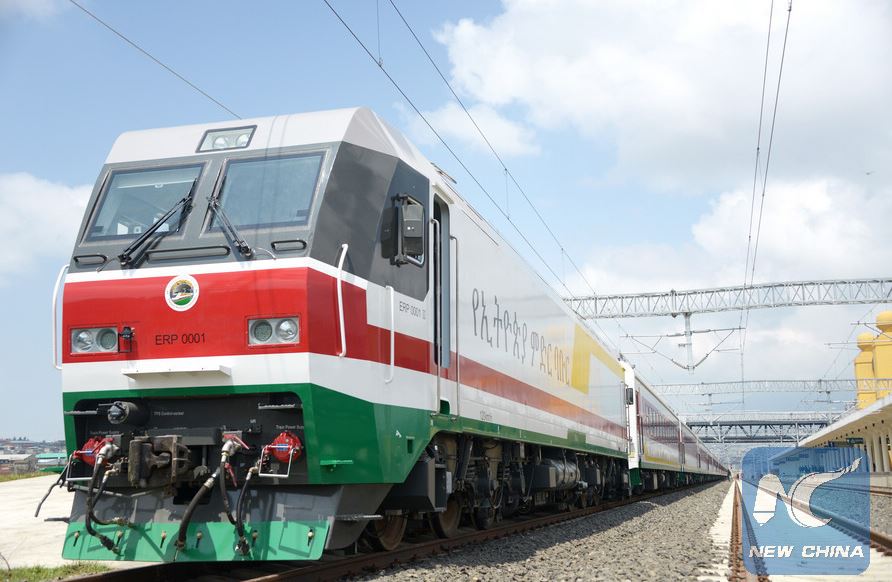 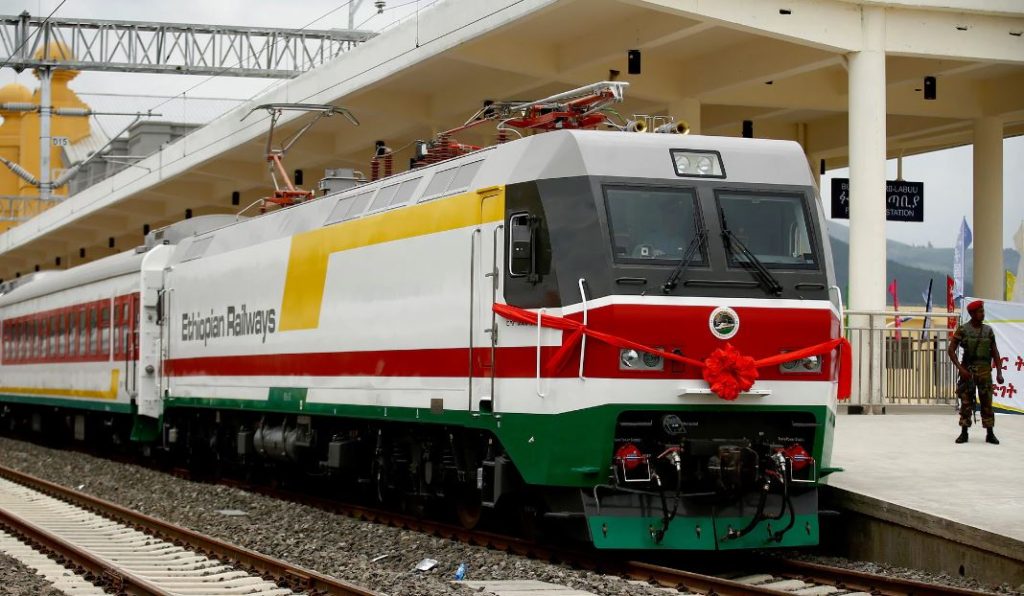 The other controversial aspect is the price of the SGR. I cannot speak on whether money was eaten, but I can point out the deliberate misinformation out there.
The technical aspects of the SGR are superior in many ways, but to break it down to non-engineers, the Kenyan one will have double the container capacity of the Ethiopian one. (Despite a portion of the Ethiopian one having double tracks)

Read: Analysis: Ethiopia Unveils 750 Kilometre Electric SGR.. But is it Better Than Kenya’s?

If I were to put that into perspective, the Ethiopian one is like a two-way road (not literally), and the Kenyan one is a dual-carriage. Which was necessary because the container traffic between Nairobi and Mombasa is much more than between Ethiopia and Djibouti.

David Ndii even had the audacity to compare Kenya’s SGR to Morocco’s passenger-only electric rail opened recently. That’s like comparing an airport runway that is built to support an Airbus A380 weighing 360,000 kgs, and an estate road built for cars not heavier than 2000 kgs.

And then of course some of the biggest ‘noise makers’ about environment have been complaining about the price. Never mind it was because of them that tall, long and expensive bridges have been constructed.

The best thing from a Jubilee PR standpoint would be to breakdown the figures. For instance, how much did the Mombasa bridge, Tsavo bridge, Nairobi national park bridge cost? How much did each station cost? How much did each locomotive cost?
The same way Uhuru will tell us he has built a bridge at Mbita for this and this amount, or bought a ferry for this amount, he should breakdown the cost of the SGR. You can look at it as many sub-projects.
Otherwise, it will forever be assumed that tens of billions were stolen.

Even a simple deed like launching an information website about their achievements has been hijacked, and everyone seems to agree it is a last minute attempt by Jubilee to hoodwink the public. One minute people are asking where these projects Jubilee brags about are, the next minute they are trashing the answer.
No PR attempt seems to be working for this government.

It’s really funny how a government that came to power on the promise of going digital has lost the digital war to a 70 something year old. Raila’s army of paid bloggers and loyal social media influencers has over time created enough momentum with handpicked facts, half truths, exaggerations and outright lies, resulting in a huge mass of people voluntarily joining in the chorus.
The result is a no-win situation for Jubilee no matter what PR strategy they employ. They can try, but it will be a big lie to assume they can overturn 4 years of opposition effort in a matter of months.

This propaganda war is lost, and in my opinion, the only chance Jubilee has of returning to power is if the opposition choses Raila as their candidate.
For no logical reason, Raila is the most hated man in central, and having him as the flagbearer will guarantee a near 100% voter turnout to keep him off State House.

Donholm Couple Arrested After Raid on Their House Where Girls Perform Online Sex Acts < Previous
The Hottest Stories on the Internet Today (Friday April 14) Next >
Recommended stories you may like: