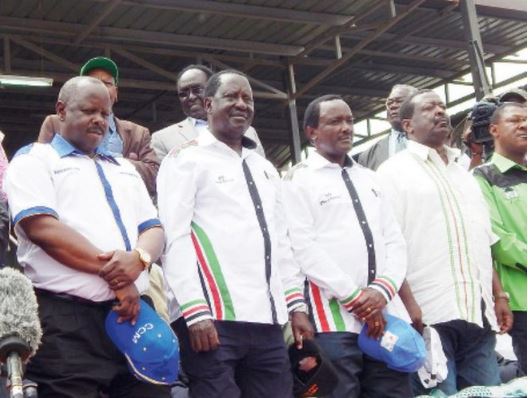 The Chama Cha Mashinani (CCM) party leader said his decision to join NASA was arrived at after a series of consultative meetings with the Kipsigis Council of Elders, who approved CCM to join forces with NASA in a bid to trounce the President Uhuru Kenyatta-led administration out of power.

Speaking in Bomet after the last meeting with the elders, Mr Ruto said that he is officially the fifth NASA co-principal alongside Raila Odinga (ODM), Moses Wetang’ula (Ford Kenya), Musalia Mudavadi (ANC) and Kalonzo Musyoka (Wiper).

“We have held discussions with teachers’ representatives, Maendeleo ya Wanawake, former Councillors, village elders and the Kipsigis Council of Elders and we were all in agreement that we now join up and sign up with NASA,” said the Governor.

“We will sign a binding agreement with the coalition’s co-principals,” he added.

Ruto’s move is likely to change the Opposition’s plans of choosing the outfit’s presidential flag bearer to face President Uhuru Kenyatta on August 8.

Ruto said that he had struck a pre-election deal with NASA principals that will guide their political marriage into and after the general election.

Expect Faya!! Sauti Sol Collabs With Nigerian Stars Tiwa Savage, Davido, Burna Boy and Others < Previous
Mother of Two Gang Raped, Murdered in Mlolongo by Suspected Gang of Teenagers (VIDEO) Next >
Recommended stories you may like: