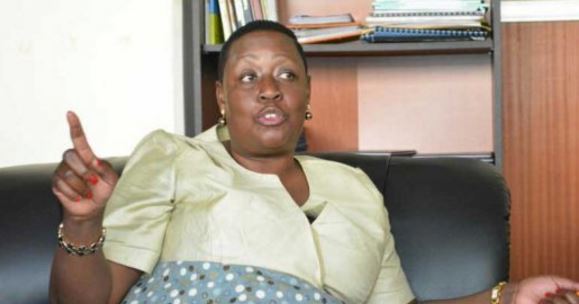 Raila Odinga’s younger sister,  Ruth Odinga, has opened up about the relationship between her family and the Kenyattas.

Speaking to SDE, Ruth recalls the relationship stretching back to their childhood days.

“When they came to Kisumu with their father (Uhuru’s father, Mzee Jomo Kenyatta) we used to play together. Uhuru is a good friend of mine, a very personal friend. It’s only our political paths that were different,” she says.

“I was born into a political family and politics is what we have grown up in. I met Uhuru through politics. If my father was not in politics, I would not have known Uhuru,” she adds.

The rosy relationship the two political families enjoyed turned sour when the relationship between the older Kenyatta and Jaramogi took a nosedive.

According to Ruth, the entire family paid a heavy price when the founding father placed Jaramogi under house arrest.

“When my father was under house arrest and I was then a pupil at Victoria Primary School in Kisumu, I used to be taken to Central Police Station for inspection. I was forced to undress before being inspected, then I would be asked to dress again after which I would get clearance to go to school,” recounts Ruth.

“ At lunch time, I would be taken to Central Police Station again for screening and clearance,” she says.

As the relationship between the two families went from bad to worse, the Odingas’ fortunes dipped, reports SDE.

“When my father was in detention, I was hawking mangoes to get money for ice cream,” she said.

Ruth and Uhuru’s paths would cross again when they were both in high school.

“I was in Kenya High while the President was at St Mary’s. I even knew his college sweethearts,” she says.

Later, Uhuru left for the US for his undergraduate studies.

Hilarious Meme Compilation (Thursday March 30) < Previous
All The Trending Images This Thursday Next >
Recommended stories you may like: