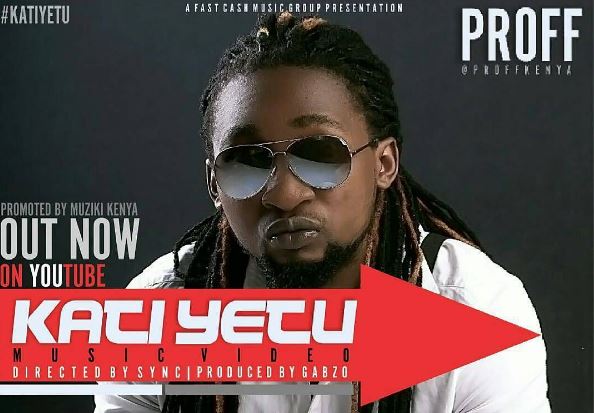 The new project from the artist is titled ‘Kati yetu’, which according to Proff “is not your usual love song.”

“Other than describing the first stages of a relationship where everything is butterflies and roses, it highlights the importance of mutual trust in a relationship between two people who have been in love for a long time,” says Proff.

‘Kati Yetu’ is a cool reggae song produced by Proff himself and produced by Gabzo, under Fast Cash Music Group.