The Story of Newest Music Sensation The Band BeCa 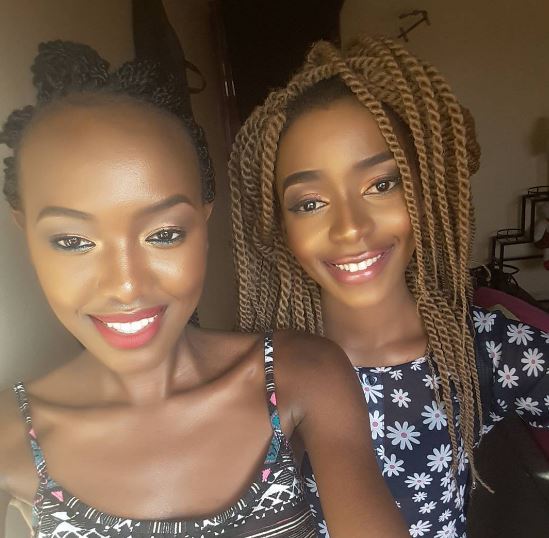 With three well-performing hit singles to their name, Kenya’s newest all-girl group Band Beca are not resting on their laurels and are dreaming big.

The group, consisting of Becky Sangolo and Carol Kamweru are riding high on the hits ‘Toka’, ‘Brathe’, and ‘Tonight’ featuring Petra.

They spoke to SDE anfd this is their story:

Where had you guys been hiding before you hit the music scene in 2016?

The Band Beca: We were background vocalists for several artists such as Wyre, Gravitti Band, Sport Pesa Festival artists, Camp Mulla, Radio and Weasel amongst others.

When did you individually start singing?

Becky: I started singing at the age of six while working with my father Abedi Dot com in the studio.

Carol: I started in class eight during a singing competition.

And had you not met would you still be singing?

The Band Beca: Yes we would still be singing because we each had the passion for music and that’s why we both went to Sauti Academy where we actually first met.

And what did you think of each other when you first met?

Carol: I always say it was love at first.

Becky: Personally I had not met someone as talented as Carol in a while.

Of all the other students at Penya Africa Sauti academy what was it about each other that made you get into music as a duo?

The Band Beca: We became friends instantly and we we’re inseparable since then so we naturally gravitated towards creating a band the two of us.

Was there ever a third member in the cards or it has always been the two of you from the word go?

The Band Beca: It was just the two of us from the word go.

Many if not all bands play instruments. What instruments does the Band Beca play?

The Band Beca: Currently we are still learning but Becky can play guitar basics.

You bumped into Gilad recently and you revealed you were his biggest fan and he said the same of you. Which celebrity have you not met that you would like to meet?

The Band Beca: It was very humbling of Gilad to say that of us. For now it will be an honor to not only meet Sauti Sol but also work with them.

How different are your lives now that you are popular?

The Band Beca: Well, quite different. Because there are people who look up to us and we have to set a good example in everything that we do.

How do you balance between school and music?

The Band Beca: Currently we are not in school because we are doing music full time.

You were listed fourth in MTV Base acts to watch in 2017 beating Khaligraph and other great African acts. What does that mean to you?

The Band Beca: It was really fulfilling because we have put a lot of effort in our music career. We were aiming for it and many other international platforms but we did not expect it. This in turn means we have more pressure as now we have to keep working hard.

You hit the industry last year with the song ‘Brathe’. Do you sing from personal experiences?

Tell us one thing people don’t know about Becky and vice versa…..

Carol: Becky is the boldest, most fierce person I know and still the sweetest person ever. I always say if you can’t get along with her you have a problem.

Becky: Carol has a really big heart and I like to be around her every time because she has the best personality.

Lastly, as young women in a group do you ever disagree or get on each other’s nerves?

The Band Beca: Disagreements are normal as we are two different individuals. But we always know how to communicate and approach matters to avoid bigger issues.

The Hottest Stories on the Internet Today (Monday February 27) < Previous
Ameonekaniwa! Man Who Advertised for Wife Using Posters Gets Overqualified Kisumu Woman Next >
Recommended stories you may like: