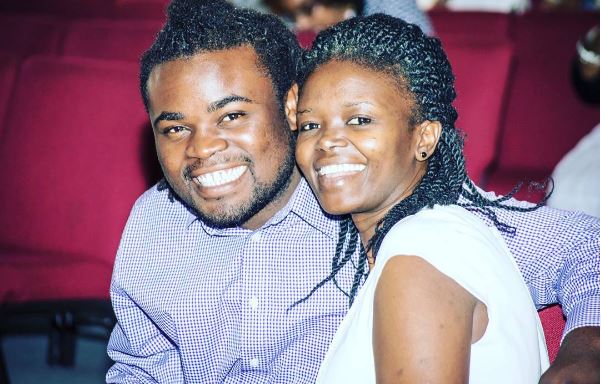 Days after gospel singer Eunice Njeri announced that she walked out of her marriage hours after getting married, her estranged ex-husband Isaac Ado Bukasa popularly known as Izzo has spoken up.

In an emotional social media post, the gospel rapper appeared to suggest that all that has been said by Eunice Njeri and her associates are far from the actual truth.

On the day Eunice announced the “annulment” Izzo just posted: “I know who I am. I am who God says I am.”

In another post, he wrote:  “Mjanja ni Yesu. We all have a name to protect. So do I,” adding, “Do not be deceived: God is not mocked, for whatever one sows, that will he also reap. – Galatians 6:7. Mtetezi wa wenye haki yu hai.”

That left many with more questions than answers until recently when he divulged further.

“Wana semanga mwenye nguvu mpishe. No one will believe what I have to say, but I am sure my Heavenly Father knows exactly what happened and will definitely restore everything that is being taken away from me,” his post read.

According to an insider and friend of Eunice Njeri, the singer has been in three relationships that have not ended well.

“This is Njeri’s third relationship that has not ended up well – perhaps something is not right and she needs God’s intervention,” said the source who sought anonymity.