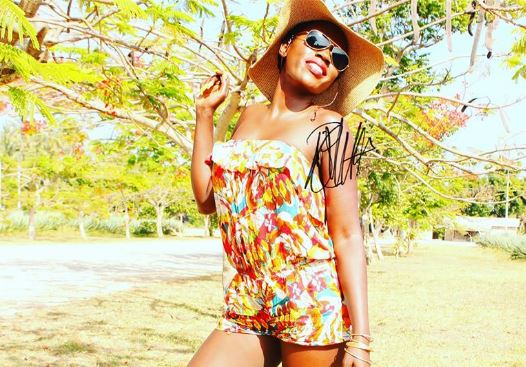 As far as inspirational stories go, Akothee’s is the epitome of a woman’s strength, grit, and fighting spirit in overcoming hardships as a school dropout, teen mom, and a housewife.

The outspoken singer, now considered one of the wealthiest artists in the industry, took to social media yesterday to share with her followers how she dropped out of school at 14 to get married, served her mother in law as a housegirl for seven years before picking herself up and returning to school to complete her education.

In her post, Akothee also revealed her KCSE results slip wherein she attained a mean grade of C+(plus).

“I dropped out of school & got married at the age of 14 , I had 4 kids by the time I was 20 years old , I served my mother in law as a house girl for 7 solid years since my then husband was a student , I collected myself in 2003 & decided to go back to school after staying in the house as a house wife for 10 years , I scored C+, I was the 3rd best in our school & the first girl , it’s never too late , you can achieve what you want if you go for it , maths

?has its owners , even that D- ilikuwa kimungu Mungu tuu , so now you understand my broken English , even for 12 years in school professionals managed to pull me up to C , so expect many english mistakes

?never compare yourself with any one , you might be in chapter 1 & them in chapter 10 , comparison is the enemy of joy,” wrote the Benefactor singer.

Students with C- to Get State Funding for Diploma Courses < Previous
Wedding Bells for Grace Msalame’s Baby Daddy (Pics) Next >
Recommended stories you may like: