MCA Tricky: ‘Why I Dropped Out of School and Joined the Streets” 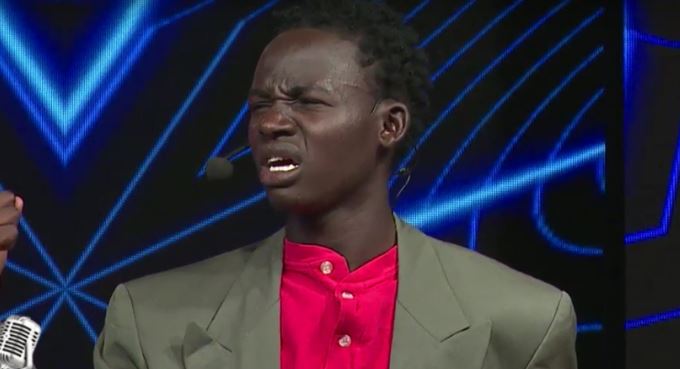 Churchill Show comedian Paul Kimani Njoroge aka MCA Tricky is without a doubt one of the biggest comedy talents in the country at the moment. His creative skits revolving around the life and stories of Nairobi’s street kids are a big hit on the show.

He recently spoke to SDE about his past life as a street child and what forced him into the streets at the tender age of 12.

Why the name MCA?

MCA: It stands for Members of Chokora’s Assembly – where I once belonged to as a former street urchin.

You had a bright future in school why did you quit and join the harsh street life?

MCA: Hailing from a humble family background in Mombasa’s Makindu where poverty was the order of the day, lack of school fees forced me to taste unremorseful street life in Nairobi’s Saika estate for a period of three years at a tender age of 12.

This was upon Completing Class Eight in 2004.

During the time I experienced the vagaries of street life during which I not only worked as an errand boy who ferried vegetables among other goodies to and from Gikomba market, but I occasionally sniffed glue, smoked shada, pick-pocketed and mugged people- all in the name of survival.

Other hardships ranged from hunger, negligence, lack of education to mistreatment by indifferent members of the public.

Prior to this you lived in Mombasa- how did you make your way to Nairobi?

MCA: My peers convinced me to accompany them to Nairobi in search of greener pastures without my parent’s knowledge. Due to the fact that I was idle, frustrated and needed to survive, I heeded to their plea only to realize that life in Nairobi was more difficult than I ever imagined.

This drove me to the streets.

Speaking of Churchill Show how did you make your way there?

MCA: Some of my friends who live in Nairobi’s Jogoo Road encouraged me to do so. Also the set book group that I was part of for a year persuaded me to try my luck.

MCA: The moment I got to Carnivore grounds I met Proff Hammo who apart from being my role model was very friendly towards me. He too encouraged me to follow my heart’s yearnings.

What was the audience first reaction upon being called on stage?

MCA: For a moment I wasn’t sure what to expect from them since mine was a different style of comedy that revolved around real life happenings around me including the less privileged in the society.

For the first few minutes they sort of took pity on me but with time I could hear them roaring in laughter.

Do you write your own routines?

MCA: Mine is right in the head- things that I have been through including life observations among the less privileged. I believe I tell it as it is without letting my fans down and making them share my story.

MCA: Bombing is inevitable. Everyone has sets that don’t go well. The first few times it feels really bad besides being unprepared and confused. But despite this, I have learned to live with it being the hard-core type.

You make a living out comedy?

MCA: Yes comedy pays well. I am glad that I able to pay off my bills besides catering for my needs.

What are some of the life lessons you have learned so far?

MCA: That life is a battlefield and not a playing ground we are here for a short time hence the need to strive and make the best of it.

Police Officer Shot in The Head During MP’s Rally in Nairobi’s Kayole Estate < Previous
SAVAGE!! This Guy Spotted a Live Snake in a Safaricom Store But It’s Not What You Think Next >
Recommended stories you may like: