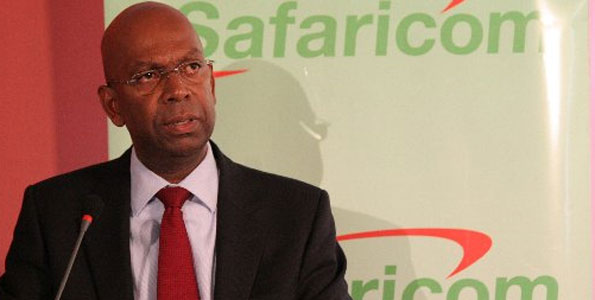 In a bid to find new sources of revenue, Kenya’s biggest telecoms company Safaricom is joining up with a local software firm to launch a ride-hailing company to take on Uber.
Safaricom, which is 40 percent owned by Britain’s Vodafone, and Nairobi-based software developer Craft Silicon will launch the app called Littlecabs in the next three weeks, Safaricom CEO Bob Collymore told Reuters in an interview.
“It is effectively a rival for Uber,” he said. “It is a local competitor which will be cheaper and better for the local community.”
Collymore added that Safaricom will help develop the application, offer the network connectivity, put Wi-Fi in vehicles that will be signed up on Littlecabs, and use its mobile-phone based financial service M-Pesa to process payments.
Safaricom remains focused on its core businesses of offering calls, texts, Internet access and M-pesa but Collymore said it was seeking new sources of revenue.
“The direction of the company is to become a platform,” he said, citing partnerships with local banks that use M-pesa to lend money on mobile phones.
Additional Reporting by Reuters

Kidero Instructs Cord To Pay Up Sh250,000 Uhuru Park Fee < Previous
SPOTTED: After He Was Suspended, Nyambane’s Office Door Sign Now on Sale in Town Next >
Recommended stories you may like: