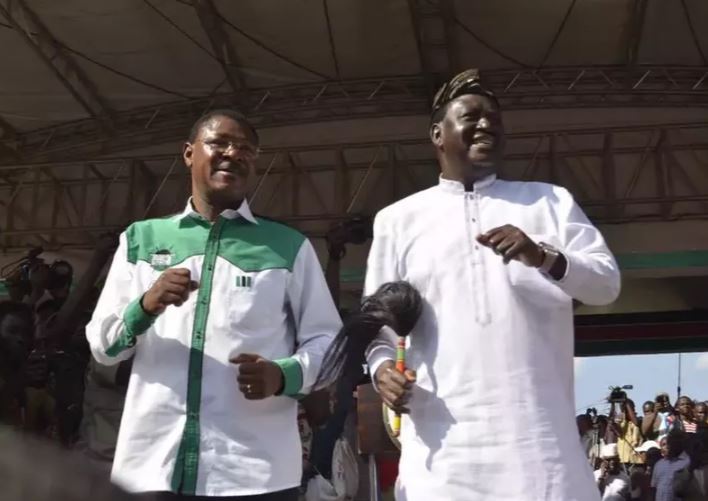 Nairobi County government has asked opposition party Cord to settle an outstanding Sh250,000 bill for holding a rally at Uhuru Park on Monday during their weekly demos.
County secretary Robert Ayisi said the opposition coalition held the rally at the grounds without settling the fee.
“Authority for use of Uhuru Park grounds should be subject to settlement of the requisite fee,” Ayisi noted in a letter to Cord on Tuesday.
“I would appreciate if you could kindly make the necessary arrangements to settle the outstanding bill of Ksh 250,000 by Thursday 9th June 2016,” stated Ayisi. 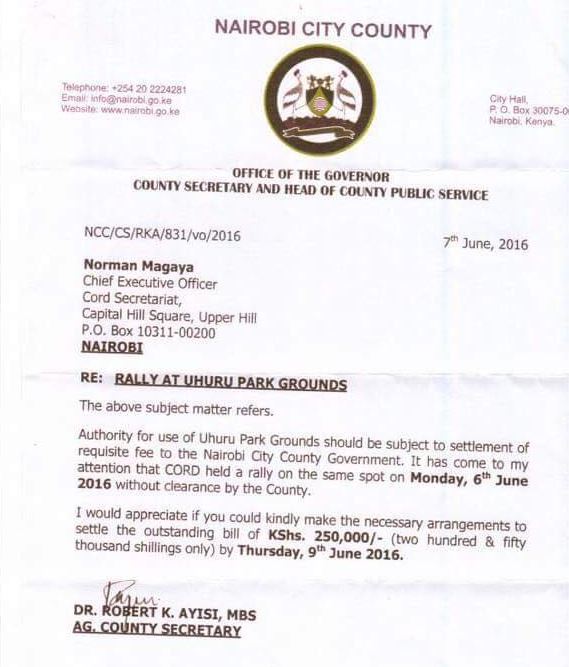 The rally was impromptu, with a fraction of the usual huge crowd. These were mostly participants in the anti-IEBC demo.

Can You Solve This Riddle That Has Shut Down The Internet? < Previous
Safaricom To Launch Cheaper Uber Rival Next >
Recommended stories you may like: