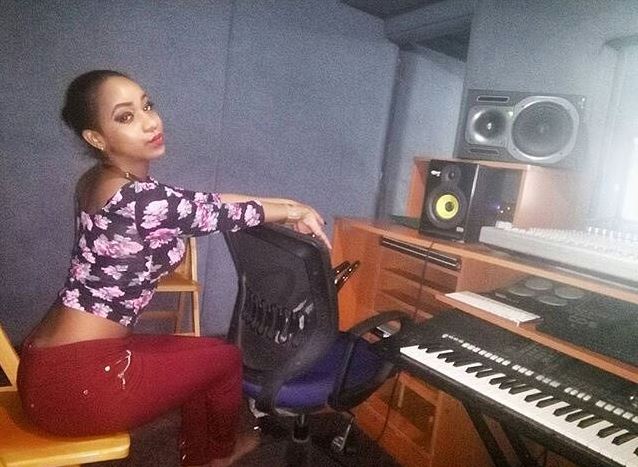 Socialite turned singer Vanessa Chettle has for the first time opened up about her relationship with renowned producer Sappy. The two dated months back but their relationship only lasted for 5 weeks after Sappy allegedly cheated on the lingerie model.
‘He played me with a close friend and I cut both of them after,’’ she said.
The two met through Prezzo when she wanted to record her first track and a friendship developed.
She further revealed how the break up happened.
“I was mad, I was hurt, but I couldn’t blame him. I think he had a better deal on the table. When he started showing interest I asked him to make a choice and he did. I saw him have eyes for her and I told him that if he makes his fate he’ll lose me. And he did.’’
The ‘I Hate’ singer has however forgiven the Kenya based Tanzanian producer, who has also been linked romantically with Nazizi in the past.
‘’I forgave him. I can’t trust anyone else with my music. He understands my flow,’’ she said about her new single the two are working on.
Vanessa confirmed that she is seeing someone new.
‘’I’ve been dating someone from March.’’