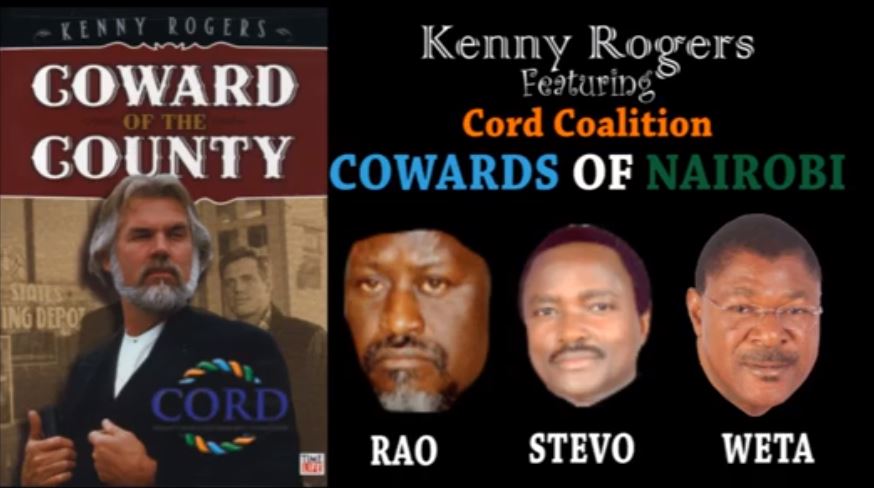 Apparently, CORD principals Raila Odinga, Kalonzo Musyoka and Moses Wetangula are the cowards of Nairobi. When they rallied their supporters in their last anti-IEBC protests, the leaders hid in their big SUVs as their supporters engaged anti riot officers in running battles.
A video showing the moment the principals disappeared into their vehicles has been made into a song dubbed ‘Cowards of Nairobi.’ It is basically a refix of Kenny Rogers’ 1979 hit ‘Coward of the county.’
Watch it below:
Brian Khaniri | Facebook

SHOCKING!! Man and Girlfriend Lynched to Death by Angry Mob in Meru (VIDEO) < Previous
Dennis Oliech Set to Move Into This New Multi Million Crib (PHOTO) Next >
Recommended stories you may like: