City Hall officials on Tuesday blocked all entries to the Kenya Broadcasting Corporation (KBC) premises and took over the car park over a Sh2.06 billion debt.

Other properties of the state broadcaster that were blocked by City Hall in the morning operation included two properties in the Central Business District (CBD) and two others in Karen.

The Sh.2.06 billion debt accrued from unpaid land rates over a period of 10 years.

The officials accompanied by City askaris arrived at the gates with a truck and erected a billboard and banner indicating that the building had been placed under the management of ‘Nairobi City County’.

According to reports a crisis meeting between KBC’S management and City Hall’s head of budget Mr Morris Okere managed to secure a deal on mode of repayment.

Under the terms of the deal, KBC gave City Hall a cheque of Sh5 million pending further negotiations next week on Tuesday, Nairobi News reports. 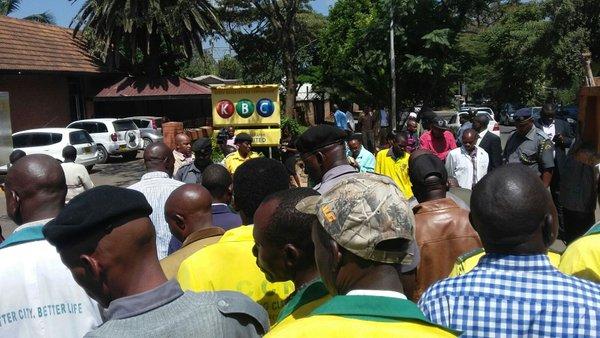 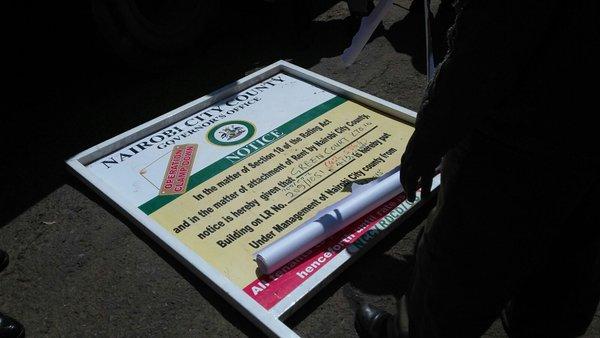 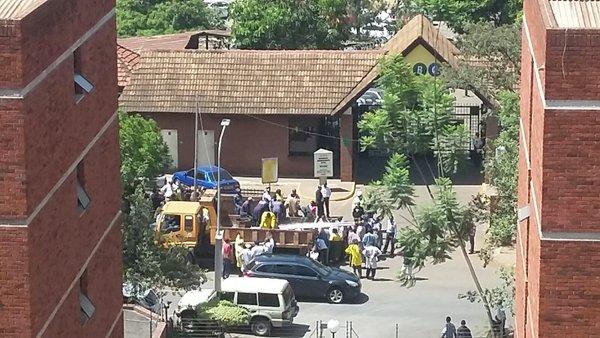 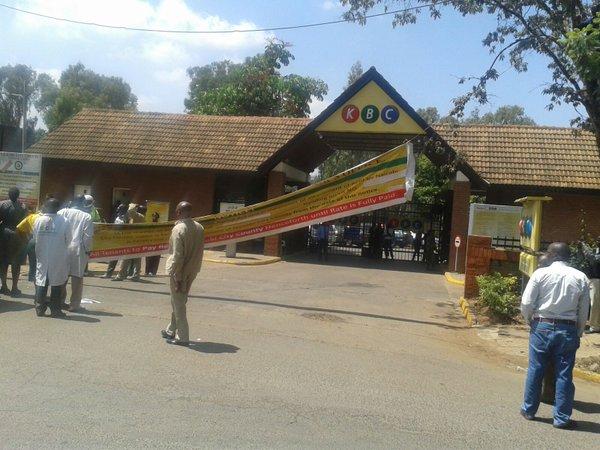 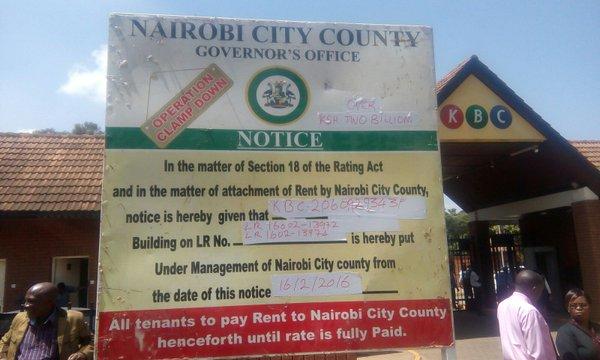