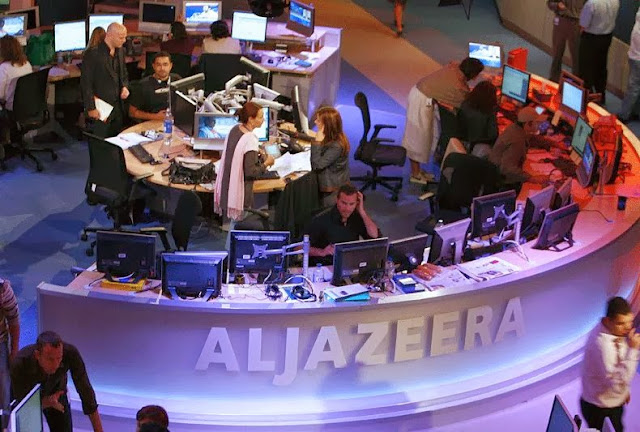 A forthcoming Al Jazeera documentary takes an in-depth look at the grievances that Kenyan-Somalis have toward the Kenyan government and how Al Qaeda-affiliated group Al Shabaab is taking advantage of this to establish a foothold in the region.
Not Yet Kenyan, filmed just before the Westgate Mall attack in Nairobi, exposes how Al Shabaab militants and their sympathizers have carried out a series of attacks in North Eastern Kenya to test the resolve of Kenya’s security system before bringing their campaign of violence to the capital.
In the documentary, Al Jazeera correspondent Mohammed Adow travels to his hometown of Garissa in Kenya’s North East Province to investigate the escalating violence caused by serious insecurity in the region.
Mohammed asserts that the horrific massacre at Nairobi’s Westgate mall, although shocking, was not surprising. Following Kenya’s invasion of Somalia in 2011 there have been more than 100 revenge attacks in the country by al Shabaab and its sympathizers.
The KDF operation in Somalia was named ‘Linda Nchi’- Kiswahili for protect the nation. But residents of this part of the country have not been protected, leaving them to suffer at the hands of both the militants and Kenyan security forces whenever attacks occurred.
Local resident Omar Yusuf shares his distress: “We feel very insecure, bearing in mind the police station is just 300 meters away. Killing someone is becoming as easy as slaughtering a chicken so you keep on counting your days. If you wake up tomorrow, just thank God.”
Another resident holds the government accountable and vents his anger to Mohammed: “I blame our government, which sent its troops into Somalia and let al Shabaab fighters loose on us. It’s the government that is to blame.”
The film also takes a look at the historical injustices carried out against Kenyan-Somalis, including massacres of hundreds in the Garissa and Wajir districts of the Province. Before Kenya’s independence in 1963, the North East Province, known then as the Northern Frontier District, voted to be part of the new Somalia state. The Kenyan government’s refusal to accept the will of the people led to an independence struggle which has shaped the attitudes of both the population and the government ever since.
The separatist war that followed between Kenyan-Somalis and the Kenyan Government, known as the Shifta War, has remained one of Africa’s forgotten conflicts. An inability to prevent retaliation attacks on security forces led to a government response of collective punishment against the people, promoting an atmosphere of anger and mistrust.
Mohammed remembers the attack on his hometown of Garissa following the deaths of three government officials in 1980: “There was collective punishment – there was raping of women, killing of men, women and children, burning of houses – in retaliation. I still don’t understand what would make the Government punish an entire community, an entire town.”
The documentary reveals that 50 years after Kenya’s independence, collective punishment is still used widely against Kenyans of Somali ethnicity.
In an attempt to get answers, Mohammed talks to Kenyan police spokesman Charles Owino, who echoes the sentiments of former government officials by denying any responsibility for attacks against Kenyan-Somalia by security forces. “It’s a lie, it’s an exaggeration, and it’s indecent to blame the government for primitive actions.”
Despite all this, Mohammed remains hopeful. “President Uhuru Kenyatta has sought to reassure us that the country is united and tolerant. I hope this is true. I hope that some good can come from the terrible tragedy at the Westgate Mall and we can finally move on from the mutual suspicion and mistrust of the Shifta war years. I hope that fifty years on, the dream of independence can finally be realised. One nation, where we are all Kenyan.”
Not Yet Kenyan airs on Thursday, 14 November 2013 at 20:00 GMT on Al Jazeera English.
Miguna Miguna: I Do NOT Have Cancer < Previous
Mejja Now Ventures Into Comedy Next >
Recommended stories you may like: