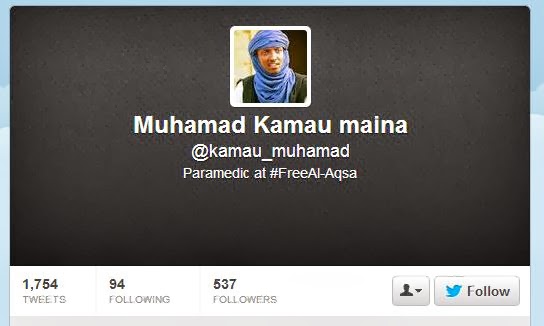 A Twitter user, @Kamau_Muhamad, has been tweeting very suspicious messages about the Westgate attack.
Muhamad Kamau Maina is what he calls himself, but we cannot know if that is actually it. Since Saturday, he has been tweeting information only an Al-Shabaab insider would possess.

His first tweet was of the destruction caused on non-muslims at Westgate Mall.

Kuffar is a highly derogatory Arabic term used to refer to non-Muslims.

These are some of his other tweets, including one where he claims that a woman is commanding the terrorists.

the #westgate spectacle commandeered by a well trained female mujahid . they are well supplied and have taken strategic positions inside

#westgate is a fort like construct, the kdf firepower counts for nothing. they should beg for mercy”

And to prove he’s Kikuyu as his name suggests, he tweeted in the language. 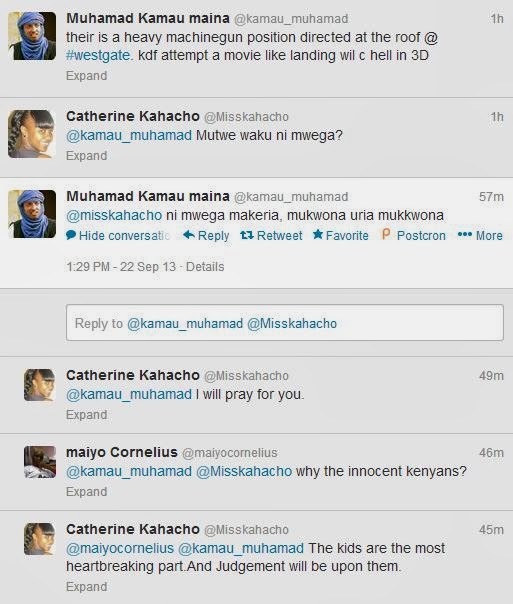 Julie Gichuru: Family of Victim on Sunday Nation Front Page Should Sue The Paper < Previous
Jose The Witnesser (Ni Kama Ndrama) Was Also At Westgate Next >
Recommended stories you may like: