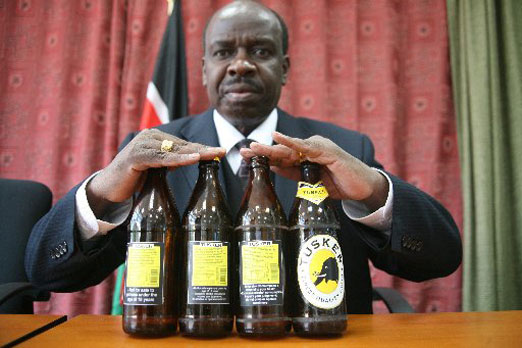 Former Naivasha MP John Mututho has been rewarded for his fight against alcohol in Kenya, by being named NACADA head.

Mututho was yesterday appointed chairman of the National Authority for the Campaign Against Alcohol and Drug Abuse to replace Dr Frank Njenga, whose five-year term has elapsed.

“I appoint John Mututho the chairman of Nacada board for a period of three years. The appointment of Dr Frank Njenga is revoked,” said President Kenyatta in a special Kenya Gazette issue.

Mututho welcomed the announcement saying he would do all he can to discharge the mandate bestowed on him.

The former MP is remembered for the law he orchestrated, now famously referred to as Mututho law. Among it’s most notable effects was the reduction of drinking hours.

PHOTOS – Meet Kenya’s Snake Man < Previous
Dennis Itumbi: Blame Google For The Leakage of Witness 536 Identity Next >
Recommended stories you may like: