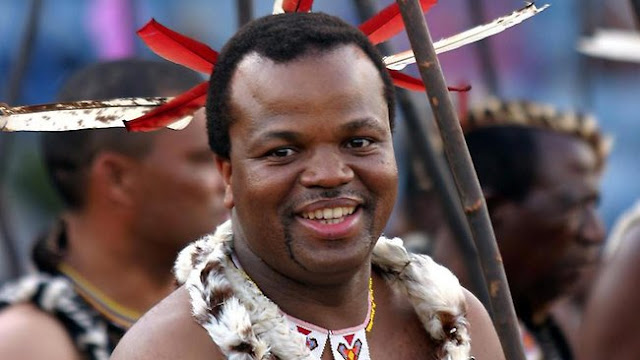 An 18-year-old beauty pageant finalist is set to become the 14th — or is it the 15th? — wife of Swaziland’s King Mswati III, sub-Saharan Africa’s last remaining absolute monarch.
Sindiswa Dlamini, who graduated from high school last year, will marry the king once she falls pregnant.
The 45-year-old king introduced his latest fiancée to the country at a Reed Dance celebration over the weekend, where he has previously chosen wives. Such dances reportedly feature bare-breasted virgins.
“I can confirm that the king has introduced to the nation a new liphovela (royal fiancee),” Ludzidzini palace governor Timothy Mtetwa was quoted as saying.
Media reports estimate the polygamous king already has 13 or 14 wives, though at least three of them left his household in recent years citing abuse.
Mswati inherited the tiny kingdom from his father two decades ago.
His extravagant lifestyle, which reportedly includes more than a dozen palaces, a private jet and a Maybach limousine, is far removed from the lives of his subjects, most of who live in poverty.
The landlocked country, which is wedged between South Africa and Mozambique, has the highest HIV rate in the world and only half of its young people have jobs.
– Global Post

Willis Raburu: My Account Was Hacked < Previous
Google Launches New Company To Make Humans Immortal Next >
Recommended stories you may like: