10 Things You Did Not Know About Rose Muhando 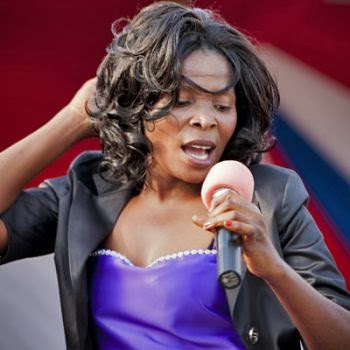 1. She grew up in morogoro Tanzania.
2. As a young child Rose attended madrasa- muslim religious studies after school.
3. A mysterious disease at an early age  caused her to be bed-ridden for three years.
4. It was then then, while still a devout muslim, that Muhando claims to have seen a vision of Jesus Christ who healed her.
5. According to her account, the voice said “I am Jesus, I have healed you wake up and go serve me” she was then miraculously healed. She later converted from Islam to Christianity.
6. She converted to Christianity during Easter.
7. She began her music career as a choirmaster in Dodoma Saint Mary’s choir.
8. She was thrown out of the church after declining demands by the church to record with the church choir.
9. She is not married but has three children between 9 and 14 years of age.
10. Rose Muhando vows never to get married as her aim is to only serve God.
– Courtesy

10 Stunning PHOTOS of Mother-in-Law’s Celina < Previous
BREAKING NEWS: Graphic PHOTOS From Westgate Mall Nairobi Next >
Recommended stories you may like: