Video – How The President of Kenya is Guarded 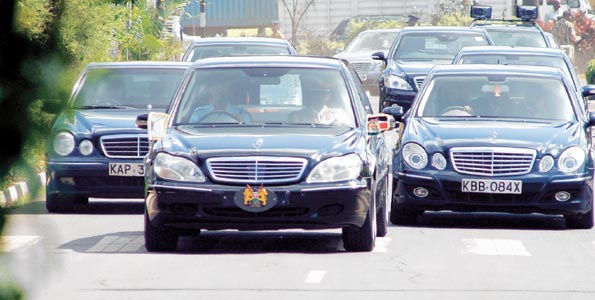 On this day in 1982, there was an attempted coup by junior Kenya Airforce members. President Moi however lived to say another 20 years of power.
That event is said to have changed Moi from the listening and democracy-loving president he was, to the dictator he was later identified as, for 20 years.

Part of the change that came with the attempted coup was a drastic improvement in the president’s personal safety.

This NTV clip, done by Dennis Onsarigo in 2008, tries to look at the security arrangement of former presidents Moi and the then president Mwai Kibaki.

It is one of the most watched YouTube video by NTV, with over 1.8 million views.

Photos – Kamlesh Pattni’s Duty Free Shops at JKIA Demolished < Previous
A Look at Kenya’s Presidential Jet Next >
Recommended stories you may like: