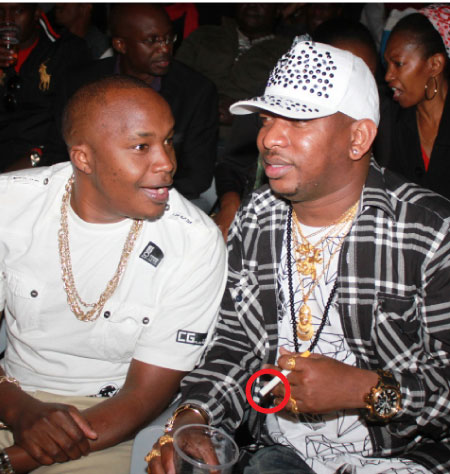 Nairobi Senator Mike Sonko was one of the revelers during the recent concert by Tanzanian Bongo star Diamond at KICC. He was in the company of his good friend Jaguar, and his daughters.

Throughout the concert, Sonko had a cigarette, which he was not shy to smoke publicly. This was however not your ordinary cigarette. It was plastic and emitted no smoke.
It turns out it was an electronic cigarette, or e-cigarette as widely known. Something quite rare in our society.

The health implications of e-cigarette are not clearly documented, but many believe they are way safer than the traditional cigarettes.
Most of them just release some flavoured vapours, but others contain nicotine.

President Uhuru Caught Pants Down Updating Facebook From ‘Near Nairobi’….. All The Way From China < Previous
Lawyer in Trouble After Claiming Diplomat Yvonne Khamati Slept With IEBC CEO James Oswago Next >
Recommended stories you may like: