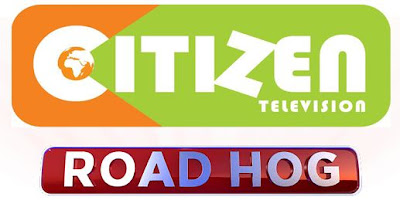 About 2 weeks ago, Citizen TV launched a new segment to their news dubbed Road Hog. Basically, they air videos of reckless drivers on our roads. It is a name and shame segment, as the number plates are fully captured and read out loud by the reporter.

The station is urging Kenyans to record such drivers and send them the clip on Whatsapp, or other social media. If you’re lucky, your video may be aired on TV.
In promoting citizen journalism, the station failed to inform Kenyans of the potential threats real journalists face.

Nairobi Exposed is reporting that one lady in Mombasa has lost her phone, a Samsung Galaxy S4, while recording a misbehaving matatu crew. Apparently, the incidence occurred around Buxton, where the lady was filming the matatu from her saloon car. Somehow, the conductor realised they were being filmed, and together with the driver ambushed the poor lady.
They instructed her to delete the video, but the lady was defiant. Not ready to have their matatu on National TV, the driver and conductor snatched and smashed the phone, leaving her to try and reassemble pieces.
They even allegedly arrogantly told her to approach Citizen TV for compensation.

Dennis Itumbi: The Murang’a DONKEY [email protected] Story Was a Hoax < Previous
Speeding Presidential Escort Car Hits and Kills Child Next >
Recommended stories you may like: