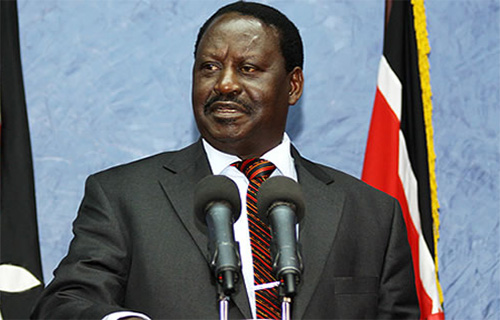 Through the government spokesman Muthui Kariuki, Raila is also accused of mounting an illegal siren on one of the vehicles, to help him manoeuvre through city traffic.
“He is forever mourning that the government is not giving him recognition, yet he has refused to return six government vehicles and has gone on and bought an illegal siren and is forever driving all over town using the wrong lanes,” said the spokesman.

Cord deputy minority leader Jakoyo Midiwo however dismissed Muthui, saying that former presidents Kibaki and Moi enjoyed the same status as Raila, yet they had returned nothing. “How many vehicles have former presidents Kibaki and Moi returned? They were thinking of allocating Sh700 million for Mr Kibaki’s retiring house, yet they are asking the PM to return vehicles?”he said.

The former premier meanwhile last night led 10 Cord governors to the US for an American Investors Forum in Dallas.