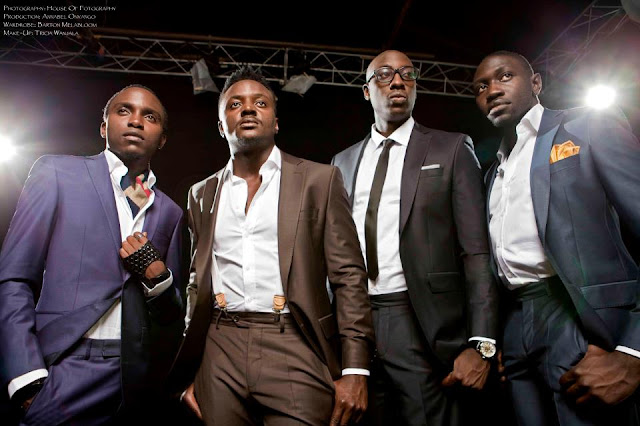 Mount Kenya University was having a Freshers bash this past Friday, and among the performing artists were Sauti Sol.
Everything was going as planned until some time in the night, when Chimano, a member of Sauti Sol band, arrived.

Apparently, the other band members had arrived and were actually waiting for him. As reported by Nairobi Exposed, the bouncers, unaware of his identity, attempted to frisk him just like everyone else. This really pissed him off.
Allegedly, he even made the same statement made by disgraced former deputy chief justice Nancy Baraza, “You should know people”.
When his identity was finally clear, the bouncers still insisted to frisk him, in what turned out to be a fight of egos.

The other Sauti Sol members somehow got wind of the proceedings outside, and as one witness recounted,

” ilianza na huyo boy wa sauti soul,the short he came late after the others since were supposed to grace the occasion n perform that nite at the event,at the gate the rich guy didn’t use the right protocol of introducing himself to the bouncers at the gate instead he wanted to enter forcefully since he is a celebrity,but this didn’t turn well after being asked by the bouncers who he is,he started pushing them telling them they should no the people n he become completely aggressive n untouchable which made it hard for the bouncers to swip under the carpet,so they became aggressive too by teaching mr sunshine a litle lesson of his lyfe,kalitandikwa until the other members of the group came,the tall dude man he was so vulgar n violent,the hell broke loose wen the tall guy ingiliad the fight and the bouncers didn’t find it anymore so the fight went to another level n that is wen the instigator of the fight lost his teeth am sua the poor the guy he is nursing his wounds,oh God they didn’t even perform n they wey guys anticipated their performance..”

The band then drove away opting not to perform. It is claimed that they swore never to step foot at MKU again.
© nairobiwire.com
Follow @nairobiwire

Things To Know About Sandra Dacha