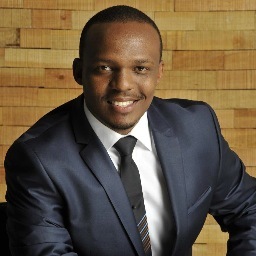 NTV news anchor Ben Kitili has quit the Kimathi street based station.
Ben had in recent days taken a front position, pairing up with Lizz Ntonjira on weekdays to present the 9 o’clock news.
He made known his decision through a tweet, but gave no hint as to where he may be headed.

He however dismissed the idea that he was going to KTN to replace Eric Njoka, who just recently left the station.

And his colleague Lizz had this to say.

@Ben_Kitilli Will terribly miss you patner. Anchoring with you has always been splendid #teamawesome
— lizzie ntonjira (@lizzientonjira) July 18, 2013

Marriage Bill Nyeri Edition – Hilarious < Previous
AUDIO – The Actual Recording Announcing 1982 Coup on VOK Next >
Recommended stories you may like: