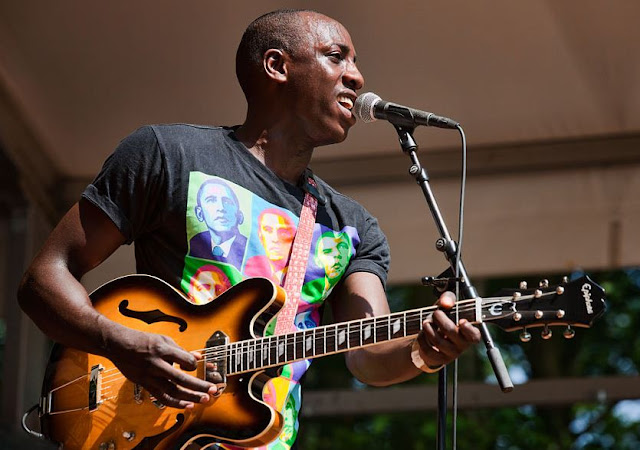 Just days after news broke that Sauti Sol members had been beaten up at Mount Kenya University, another person has come out to recount an unpleasant incident that happened to her, in the hands of Sauti Sol’s Bien-Aime Baraza (Pictured above).

Last Friday, Sauti Sol were set to perform at Mount Kenya University in Thika, during the university’s Fresher’s bash. At some point in the night, Chimano (one of its members), was stopped at the entrance by the bouncers, who wanted to frisk him. According to witnesses, Chimano was not okay with the fact that they did not recognize him.
An altercation broke and allegedly a fight, which led to the intervention of the other band members. There is conflicting information with witnesses saying there was a fight, but Sauti sol denies this. What is not disputed is the fact that the popular boy band promised never to set foot at MKU again.

Stemming from the story, another allegation has surfaced. One reader, only identified as ‘cathy100066′, left the following comment on the original story on this blog.

These stories of Sauti Sol wanting to be treated as special are so real. In the 2nd June 2013 at Blankets and Wine, I was shouted at and manhandled by the tall one, Baraza.

When Zahara was performing on stage, the crowd was pushing to get closer to her and I was pushed in return pushing towards his side. He was plain rude to me, I think he thought he is sort of special. All I said to him is that, it is not my fault that the crowd is going wild.
I was a big fan of the group but not anymore. If I see any concerts that they shall perform in, I simply don’t go.
Sauti sol, this is how you loose your fans. Be humble like Jaguar, Juacali and other great Kenyan musicians that we know.

Whether this is coming from a disgruntled young fan, or Baraza is actually arrogant is for you to decide.

Did Gospel Artist Ringtone Just Buy a Sh 50,000 Pair of Shoes? < Previous
10+ Photos That Illustrate First Lady Margaret Kenyatta’s Fashion and Style Next >
Recommended stories you may like: