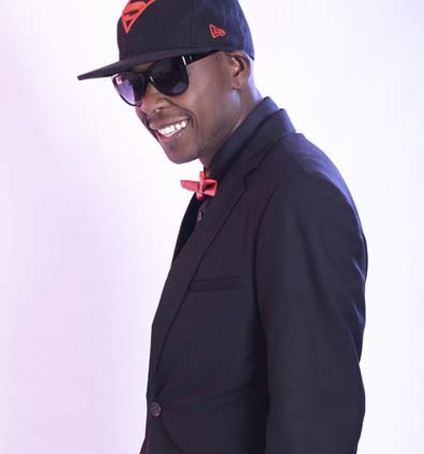 1. His real name is Francis Amisi.

2. Fondly known to those close to him as “Dakitare” for being a trained Physiotherapist.

3. Frasha grew up in Athi River.

5. Frasha played football for his school team, a game he continued to play for bigger teams later on including East African Portland Cement, Kenyatta Hospital and Imara Daima Football Club.

8. He and Bon’eye decided to pursue their childhood dreams of being re-known musicians, they recorded a few tracks together as Bonie and Frasha before teaming up with Gabu to form the group P-UNIT.

9. Frasha used to work at the Aga Khan Hospital as a as a Physiotherapist until 2011.

10. He is a married family man with two kids; two girls.

DHL Under fire After Delivering Pen-knife Instead of Samsung Galaxy S4 To Kenyan Customer < Previous
Photos – Mighty Kenya 7s Arrive To Waiting Stretch Limousines Next >
Recommended stories you may like:

Ndovu Kuu Talks About Life in Campus: ‘My Girl Was ‘Stolen’ So I Wrote a Hit Song’