By Ken   /   Monday, 10 Jun 2013 06:48AM   /   Leave a Comment
The decision to block former Prime Minister Raila Odinga from using airport VIP lounges was made with full knowledge of top government officials, Nation is reporting.

Apparently, Secretary to the Cabinet Francis Kimemia directed the then Permanent Secretary in the Ministry of Transport, Mr Karanja Kibicho, to ensure that nobody accessed the airport apron or VIP lounges except those listed.
Although Mr Odinga was not specifically barred, he was not on the list provided by Mr Kimemia.

Those listed as VVIPs include: The president, the deputy president, retired presidents and visiting heads of state.
“Severe disciplinary action including summary dismissal” is threatened should anyone other than those listed be allowed to access the apron or VIP lounges.

Kimemia however specified that other VIPs should use the Government VIP lounge.

Here’s a scanned copy of the letter. 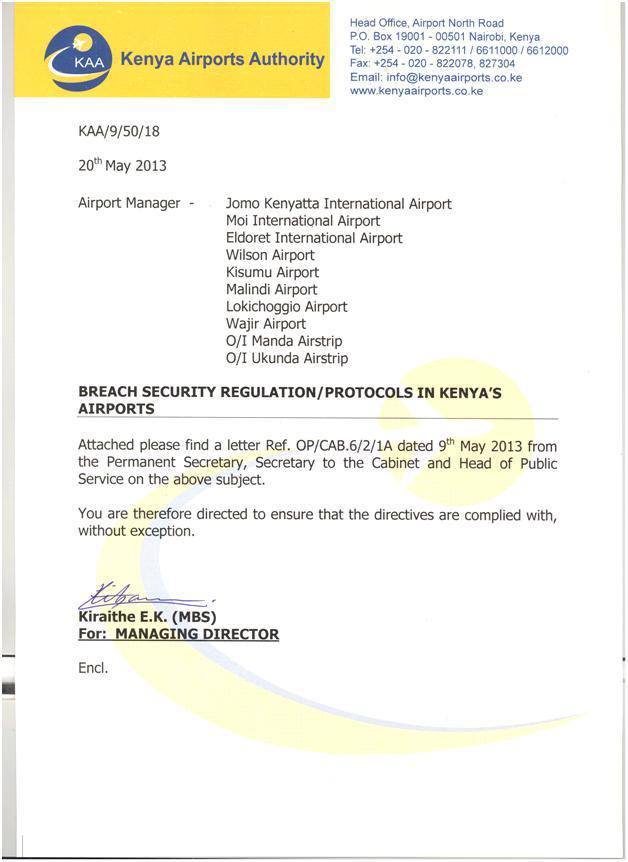 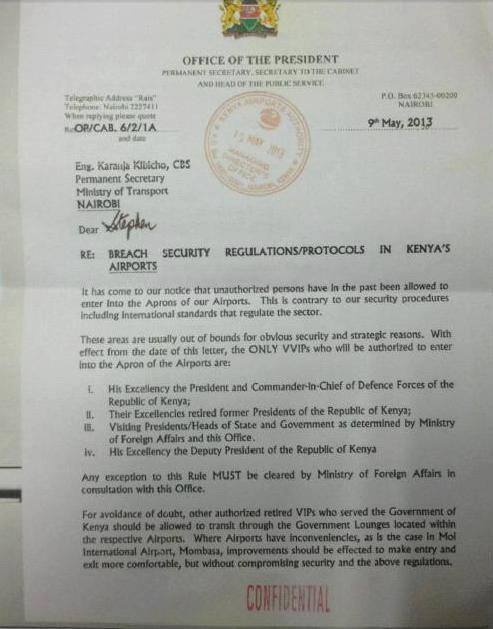 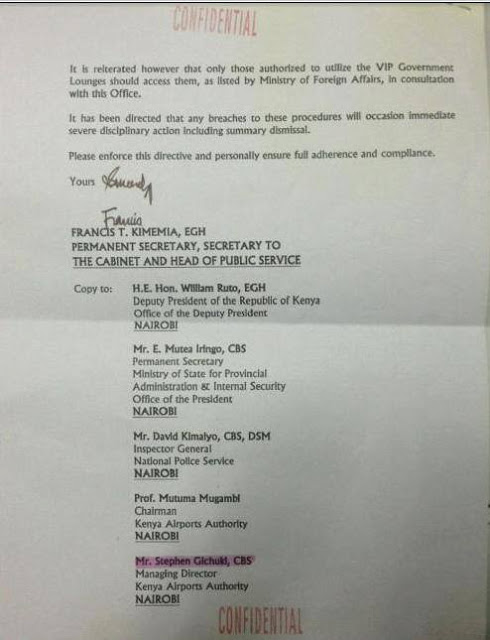 President Kenyatta Attends Evangelist Reinhard Bonnke’s Great Jubilee Crusade – Photos < Previous
UPDATE: Churchill Apologizes To Smriti Vidyarthi After She is Mocked on Churchill Show Next >
Recommended stories you may like: