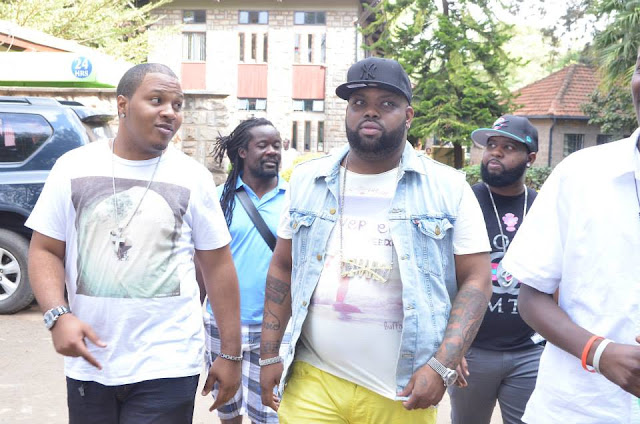 Yesterday, a visibly agitated Demarco took to Twitter to deny claims that he will be performing alongside Tarrus Riley this Saturday at the KICC.
Soon after word broke that he had extended his stay in the country, promoters and ticket sellers advanced the rumour that he had agreed to perform alongside Tarrus.

In his tweets, Demarco singled out Ghetto Radio, one of the sponsors of the concert. The station, according to the artist, has been promoting the concert with his name.
These were his tweets.

Ppl of Nairobi Kenya I will not be performing on the Tarus Riley show this Saturday this is a False promotion Demarco is not Performing!!!
— Demarco (@DemarcoDaDon) June 13, 2013

@GhettoRadio895 I will not be performing at this show pls stop from promoting my name for this show on the 15th!!!
— Demarco (@DemarcoDaDon) June 13, 2013

Tell the promoter to find me and pay me if they want me to perform on Saturday!!!
— Demarco (@DemarcoDaDon) June 13, 2013

Audio – Ciku Busts Pastor Who Has Had S£X With Church Member For a Year In The Name of Casting Out Demons < Previous
Photos – Demarco Hanging Out With USIU Campus Divas Next >
Recommended stories you may like: