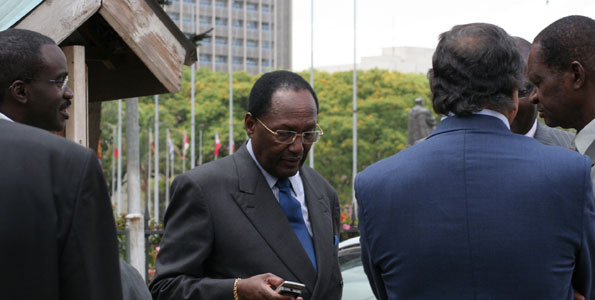 Yesterday, Chris Kirubi announced that he had received an invite to meet US president Barack Obama in Tanzania, but would not go.

In a statement released on his Facebook page, Chris Kirubi said that he will do to Obama what he has done to Kenyans; snub him. He added that he is standing in solidarity with Kenyans who have been ignored by the first black American president, who has roots in this country.
This was his statement.

After reflecting hard on the invitation by the organizers of Barack Obama’s visit to Africa by passing Kenya, I’m just wondering if I’m any more special than all the other Kenyans. I seriously feel like I can only do what he has done to Kenya. Should I not skip the invitation in solidarity with all Kenyans who have been ignored on his trip to Africa and more so to his ancestorial home? Does it make sense going to meet him in other people’s country? I am very proud to be Kenyan and hopefully one day, Barack Obama will also be very proud to have Kenyan roots in his blood.