From A Bartender To TV Host – The Story of Kobi Kihara

Photographer, producer and TV presenter Kobi Kihara was recently hosted on NTV This Morning by Wangui Wachira, and this is an excerpt of the interview 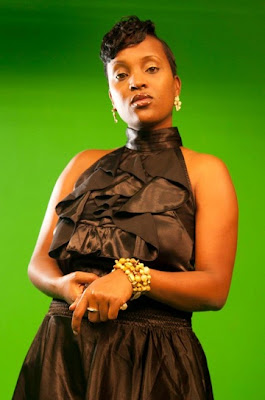 Who is Kobi Kihara?
Born 31 years ago, Kobi grew up in Kenya as the youngest of five children, one boy and four girls. Her parents were in and out of the country all the time, and when she was 15, they decided to move
from Kenya to Washington DC in the US to keep the family together. “The move had actually been in the works since I was 12, so for three years I had been preparing mentally for it, imagining what it would be like from what I had seen on TV.”

She was to attend a public high school, but the summer before she was to join, a shooting incident at the school changed her educational course and she was enrolled at a private international high school.

What was her experience like studying abroad?
“At the time, I didn’t like the high school experience because the transition was quite hard at the beginning. It was a huge opportunity for the entire family, but once we got there it was so different and foreign. Looking back, however, I realise it was fantastic to be in an international setting. I was the only Kenyan and I had friends from different parts of the world.

How did her family react to her suggestion of studying arts? 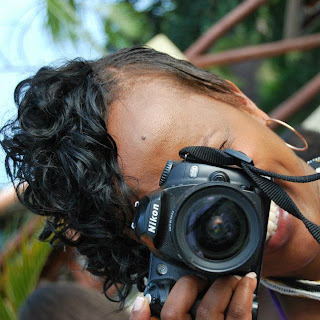 I told my parents that I wanted to study the performing arts and to be an actress. To a family of overachievers, it was one of those ‘Huh?’ moments.

“To make them understand what the programme was about, I broke down the details of the course to my parents. It helped that there is a creative streak running through my mum’s side of the family so, with their blessing, I was soon off to Newcastle University in the UK.

When did she begin photography?
After a year and a half, she returned to Newcastle to complete her degree. However, her graduation day coincided with her sister’s wedding back in Kenya, so she missed out on the ceremony and came home to share in the celebrations.

“I had just started getting interested in photography and had always wanted to work with children, so during this period I volunteered at Nyumbani Children’s Home before going back to Washington.

What happened after that?
I took some time off when I had finished my studies, to figure things out.”
This time off saw Kobi actively job hunting. She was able to land acting roles in three small films, two shot in the US and one in the UK.
That is when I decided I wanted to be behind the scenes; to have control and have a say about what was going on in front of the camera. When you are only in front of it, your opinion doesn’t count.

What kind of jobs was she doing to make ends meet?
The time off also took her to Paris, France, for three months, where she modelled briefly and did some photography.

When she got back, she took on a part-time bartending gig.

How did that work?
my sister talked to me about following through with my photography, so I enrolled at a nearby school for some courses. I would attend these in the morning and bartend in the evening. In 2004, I went back to school full time in Toronto to do my master’s in film and TV production. At graduation, everyone I had been studying with was working – apart from me. I just couldn’t find permanent employment.

What did she do?
I volunteered with the Smithsonian Kaplan Institute and the Kennedy Centre, did freelance photography, but still it was a struggle and quite challenging.

“Later, I landed a temporary job with the International Organisation for Migration in the US, assisting with overseeing the Iraqi elections. There I saw the beauty of working hard and getting something out of your work. For a long time I was afraid of structure, but I was now happy to be productive, earning a salary, having benefits – the full nine yards.

She lost that job, how did she handle it?
The job came to an end after three months and Kobi found herself back at square one – job hunting, broke and disillusioned, armed with qualifications but still with no paid work forthcoming.

What made her return to Kenya?
I fell in love with Kenya again. There was a lot of scepticism and anxiety over my decision, because I had no tangible prospects to come back to and nobody could understand why I wanted to return.

How was the job hunt back?
As I had been putting out my CV and all my networks were active, Tom Mshindi contacted me while I was still in Washington about a producer position. I interviewed for it and, as I landed back in Kenya, there was an air of expectancy, as at least I would be earning. My mother was with me on this trip and we were staying with two of my sisters who were here.

Did she get the job?
I did not get the job. The disappointment was overwhelming. My mum asked me if I wanted to go back with her to Washington, but I was here to stay. I looked for a job everywhere I possibly could.

When did she get her first break?
My big break came through my photography, when a friend of mine introduced me to the management at the Windsor Golf and Country Club to do photography for their property. Then I got work with UNDP and, from there, the jobs just started coming in.

How did she land a job at citizen?
With things finally falling into place, a call from Citizen TV. I didn’t give it much thought, because I had got so used to doors being shut to me, so it was one of those ‘OK, I’ll do it’ things, but I wasn’t expecting anything to come from it.”

A month later, the station called to offer her a producer position as they were launching breakfast TV.

What is her opinion on being poached by Radio Africa?
No offence to any single individual, but the media industry in Kenya is lacking in professional structures that properly address under-appreciation, unfair compensation and poor talent recognition.

As a news anchor and studio producer at Radio Africa, I get full responsibility on the deliverables. I am part of a young and creative team, which is great. My role is to come up with programme ideas for the station, and I want to create more. 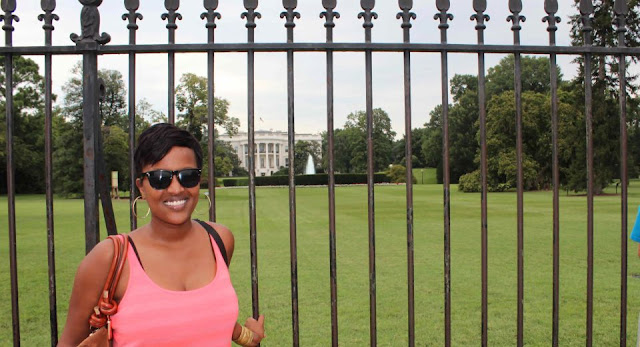 What is her most memorable gig as a photographer?
Her first memorable gig was the visit of then Sen. Barrak Obama to Kenya, on this particular day he was tree planting with Nobel peace prize winner Wangari Maathai, as she was pushing and shoving with other journalists to get the best shot, the senator stopped and commended her for being a great photographer

What’s the biggest lesson she has learnt in life?
Never take yourself too seriously unless you really, really have to. The moment you do, you over-think everything and then chances of you messing it up are greater.

JKUAT Guy Appears on Tujuane… Hilarious Reactions From Kenyans < Previous
Bendover Madness Returns To Nairobi – Photos Next >
Recommended stories you may like: