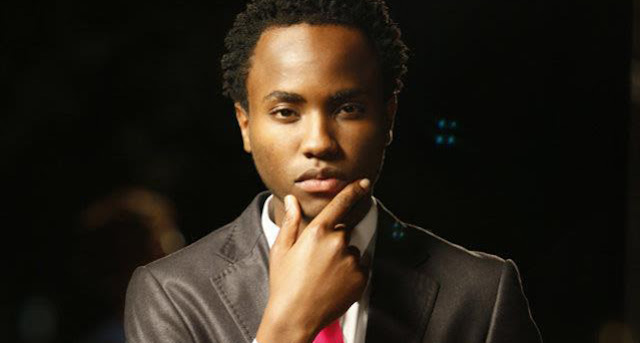 Days after launching his debut music video, which people took to Twitter to announce its ‘patheticness’,  actor Nick Mutuma has received another blow, after hip hop rapper K-Nel wrote a very harsh review.
According to the rapper, the only good thing about the song, 254 anthem, is the video.
Here’s the review.

Do I know Nick Mutuma? Gospel truth is “No” but I understand he is a famous Kenyan actor. I never heard his music before but I seen this face I think on Jaguar’s new video which I reviewed few days ago. That’s not relevant for now so let’s stick to business. I will repeat what I always say at the beginning of my reviews, don’t hit me with that “hate” speech bla bla bla. Keep the receipts. One thing is for sure though; today am throwing Nick Mutuma under the bus!! Let’s get to business:
I understand there was a huge media hype about this project. I also understand the video became prey to Kenya’s twitter’s masterminds and received harsh critics. I am the type of guy who analyses both sides of the coin. Comfortably sitting in my office, I decided to give the video a look, you know just for the fun of it. Here is my official review ladies and gents:

1; Song Title: What got my attention is the title “254 Anthem.” Nick, do you know the definition of an “anthem.” son? If this is the new Kenyan anthem like your folks on radio and TV trying to “sell” this to the public, from today onwards am officially a Ugandan (Please don’t steal our cows now.) Another title would have done the magic but “254 anthem” is epic fail. Next…..

2; Track; The intro by radio personality Shaffie Weru nearly tricked me for a second. The way he hyped up that intro I was like “K-Nel, fasten up your seat belts, it’s about to go downnnnnn.” The intro was staged perfect but I will get on that next. So the bass line drops and am like “another Tyga song.”. Things took a 180 degrees turn when Nick started spitting. Lord have mercy! I was straight yawning with all the flashy talk (which I consider sexually abused) and comparing himself to Sonko was blasphemy (hope he funds maternity fees for 5000 women at Pumwani hospital plus offer free transport to wananchi and jobs). When the hook came up, again things took 180 degrees turn. Straight up and down, Lyra chewed up this record vocally and her attitude on this record was top notch. If you are a musician of how she blends her harmonies. One word; magic. So verse 2 comes in and Nick goes in like “Wait, ngonja/I was drunk on verse one now am sober…../” So in my mind I was like “ahaa, kumbe this jamaa was drunk ha? Hopefully the lines will get sober on verse 2 but again this was not the case. Matter of fact, I think he popped Molly on top of the alcohol and got completely wasted. Nick starts dropping random lines and names; Shaffie here, the KNaan line was completely out of place but he said it to rhyme that up with the “sober” line 2 bars before that. On verse 2 Nick Mutuma went off completely and never came back. Let me not even get on verse 3 (if there is one). That Autotune outro made me literally jump out of the window screaming “nimechoka na muziki. Ngai fafa!! If calling out Shaffie to get airplay will boost your radio spins, that’s a lame move son. If that Shaffie bar would have been dropped with weight, I could have purchased it. Random senseless bars don’t make sell. Even if it’s a club song, ensure the lines got weight. The track get’s a flat E+, Lyra Aoko passed with flying colours and the beat is decent so props to the producer. P.S- I can imagine 125 group on this record.

3; Cinematography: Coincidentally on this review, I read the video was directed by the same guy who directed Jaguar’s “Kipepeo” video. I threw him under the bus on my last review. On this video, I congratulate him big time!! The way Nairobi is presented on this video, the color tones he used, the sequence of the scenes, simply perfect. The crowd performance get’s credit which plays a big role in crowning this video “perfect”. You realize and that is the trick to having good music video; less is more! The cinematography on this video get’s a straight A. Yes we are proud to be Kenyans and he represents our capital city perfect. I will actually brag about this to my fellow white friends, some who think Lions and Giraffes are rolling on our streets and that electricity is a “scarce commodity.”. Top notch video quality.
Nick Mutuma make sure you read this review son and avoid the same tragic mistakes. As for the public, don’t just be critical but air out how those faults could be rectified. Aight? But I guess I just came in toooooo late.

Sir Alex Ferguson’s Last Chewing Gum Sold For KSh 5 Million < Previous
Meet Moses Muhia: The Man Who Beat Uhuru in ’97 Next >
Recommended stories you may like: